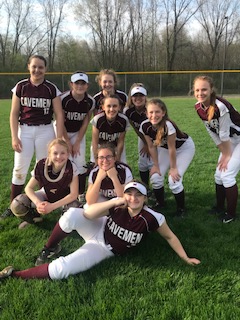 JV Softball’s two pitchers didn’t allow a single hit, as the Cavemen defeated Elkhart Central 19-0 on Wednesday. Alexis Davenport led the Cavemen to victory by driving in four runs. She went 2-for-3 at the plate. Mishawaka notched nine runs in the third inning. The offensive onslaught was led by Wyllie, Kukla, Davenport, Pixley, Hammond, and Germann, all driving in runs in the inning. Germann led things off in the circle for Mishawaka with Miles taking over in the 3rd inning. Germann allowed zero hits and zero runs over two innings, striking out four and walking one. Mishawaka scattered 14 hits in the game.

No Events This Week

Events are added by athletic staff.
View All Events