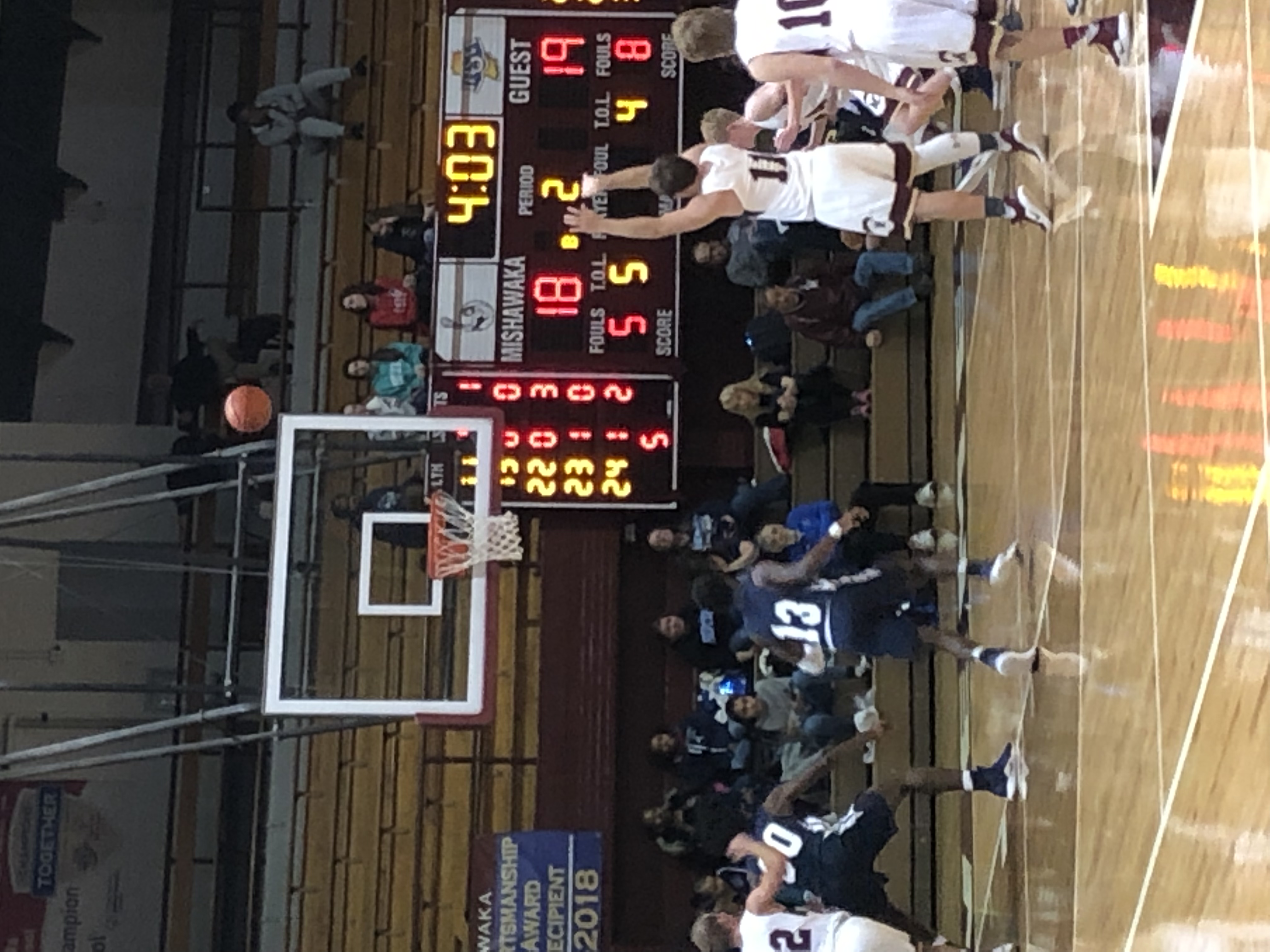 Mishawaka beat Elkhart Central in a nail biter by 1 point. The leading scorers for the Cavemen were Jr. Donovan Snyder with 16 and Sr. Grant Jablonski with 15. The game started out close with a few big defensive plays from both teams Mishawaka came out on top after the first 13-7. The 2nd quarter however was not going the Mishawaka’s way, the Cavemen went into the break down 25-30. Coming out of the break the offensive struggles continued and the Cavemen were down by 13 at one point in the 3rd quarter. But, the Cavemen’s defense was triumphant in the 4th cutting the deficit to just down by 1 point with 14 seconds left to play. Sr. Aj Rosebush drove to the basket and had an amazing finish to go up by one with 10 seconds left in the game. The Blazers had a shot to bring it back but the Cavemen’s defense made the shot go wide right. Cavemen won 57-56 and they travel to Marian this Friday, December 21 come support your Mishawaka Cavemen!