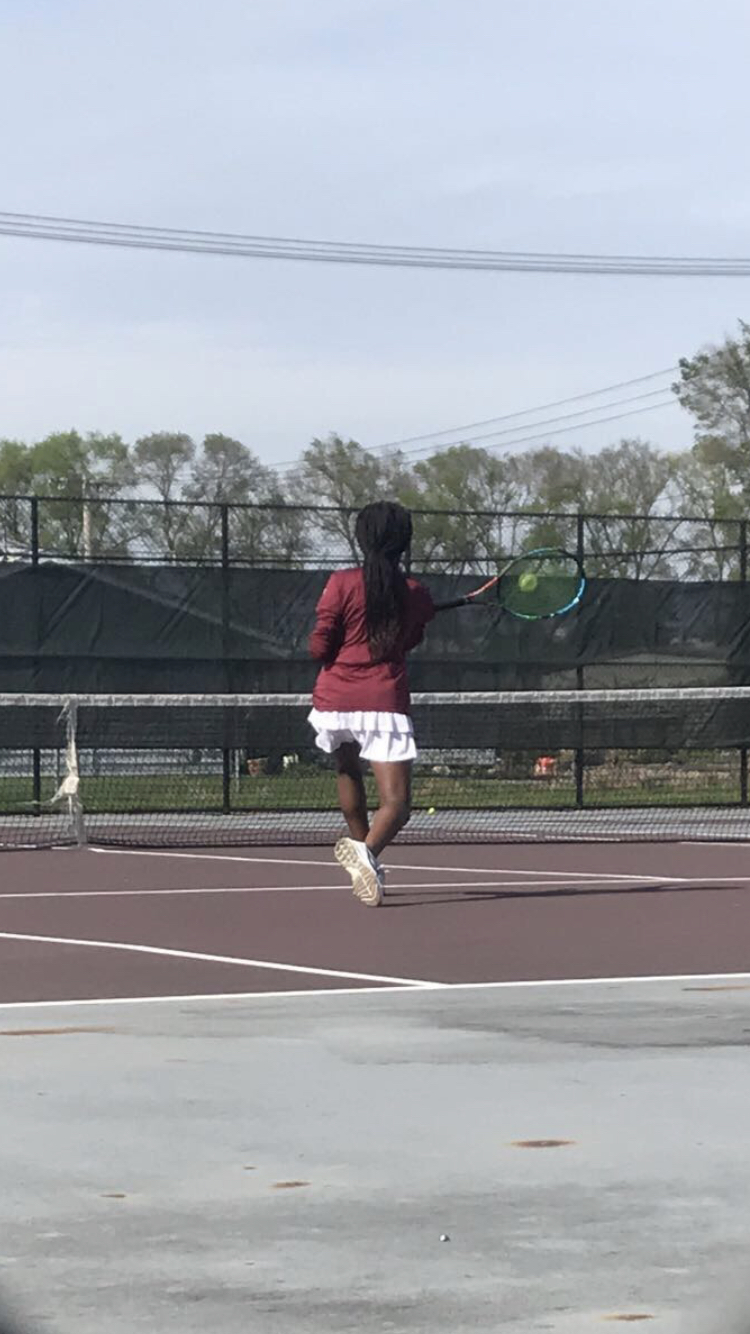 Mishawaka girls tennis fought until the end in their crossover match against Jimtown. Mishawaka doubles took the two out of three victories for the team. The number one doubles team of Emma Watford and Quora Neff lost to Jimtown the first time around. Yesterday they won a first set tiebreak 7-6 and took the second set 6-4. Mishawaka number two doubles, Kacie Shambaugh and Lacie Jones, won a close three set match. They lost the first set 0-6, won a close second 6-4, and dominated the third to win the match 6-2. At three singles, Libby McKesson lost the first set 4-6. Libby was up 5-4 in the second, but lost some close deuce matches and finished the match with a 5-7 loss. The always improving one singles, Liz O’bren, and two singles Alaina Coffey competed well but fell short each losing 2-6 both sets.

Mishawaka played Riley for their last crossover conference match Thursday and Friday. One and two doubles each won their matches and two singles lost on Thursday evening before the rain hit the Riley courts. One singles and three singles each went to three sets which were finished Friday evening. Each battled and fell short with two really close nail biter matches.