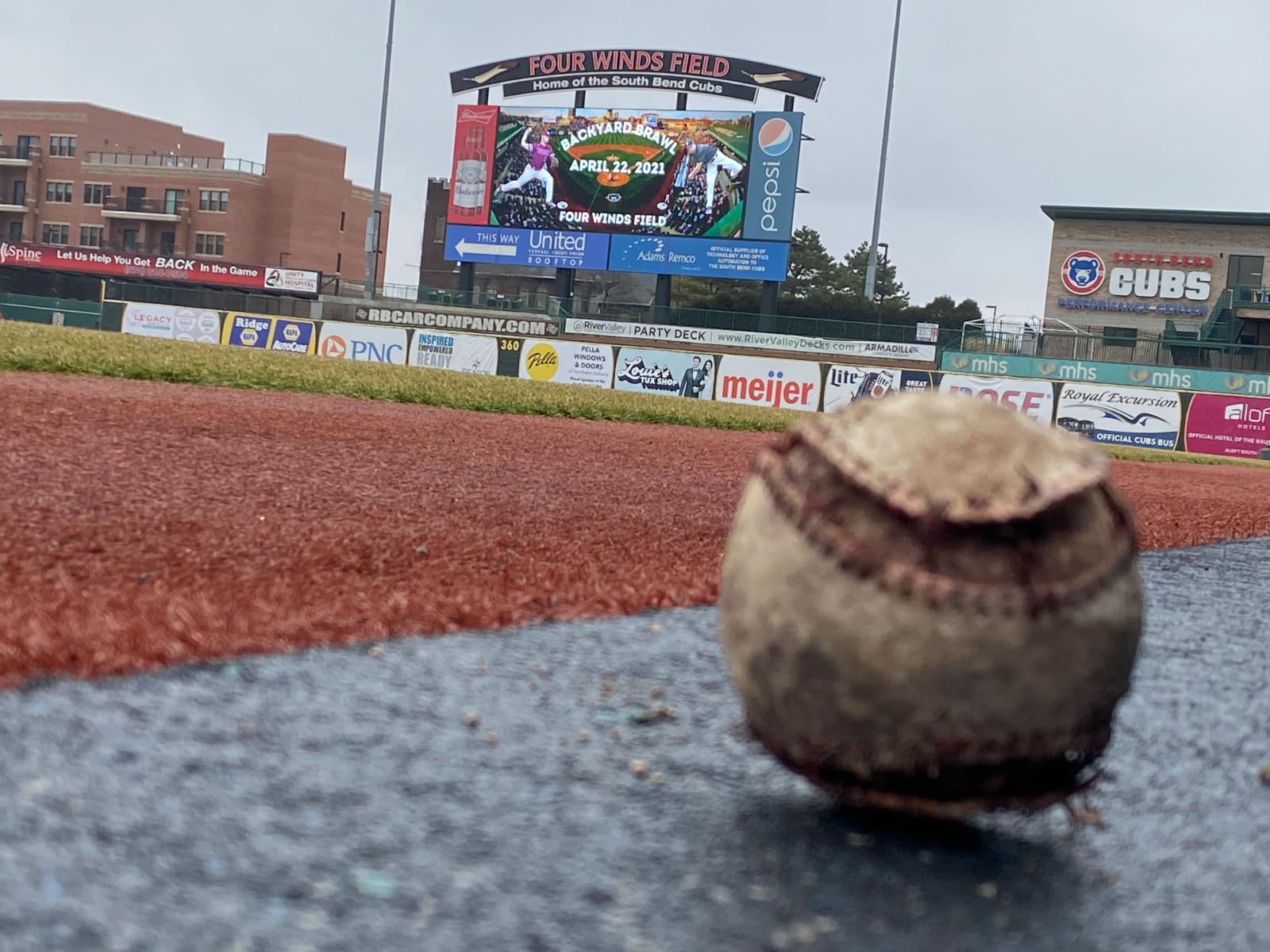 Tickets for annual high school baseball game between the Mishawaka Cavemen and Penn Kingsmen are only $7.00.

SOUTH BEND, IN – Four Winds Field will be the host site for the annual Backyard Brawl baseball game between the Mishawaka Cavemen and Penn Kingsmen on Thursday, April 22. Gates open at 4:30 p.m. with first pitch of the Junior Varsity game scheduled for 5:00 p.m. followed by the Varsity game at 7:15 p.m.

General admission tickets are $7.00 plus fees and can be purchased at SouthBendCubs.com. Seating will be open, but fans are asked to physically distance themselves from other fans they may not know. These games will follow the State of Indiana’s guidelines set by the CDC. Hand sanitizers will also be placed throughout the stadium.

“There have been so many great memories and great players at the stadium in downtown South Bend,” said Mishawaka Athletic Director Dean Huppert. “I was there the night Carlton Fisk hit the home run over the church in left field.  And many Mishawaka fans can still remember playing a semi-state game there in 1997.  When our kids walk in on April 22nd, it’s going to be special.  First class.  The way the Cubs do everything.”

“Since Andrew Berlin purchased the team, our organization has strived to help make positive, lasting memories at Four Winds Field,” said South Bend Cubs Vice President and General Manager Nick Brown. “Getting the opportunity to play on a professional caliber field is something a ballplayer dreams of, especially in front of a hometown crowd. This game won’t just be another high school baseball game. It’s going to have the same atmosphere as a South Bend Cubs minor league game.”

There will be concessions available for purchase but due to IHSAA guidelines, alcohol will not be sold. Parking is $5.00 and Lots B & C will be open.

In accordance with the current St. Joseph County Health Department mandate, fans are required to wear a face mask in public spaces (indoor and outdoor) when 6 feet of physical distance cannot be maintained. When individuals are standing in line for concessions, drinks, bathrooms, or where people will need to congregate, a mask must be worn. Exceptions to this rule are those with a medical condition that prevents them from safely wearing a mask and any child 2 and younger. Once individuals are back within their families or in their seats, they can remove the mask. 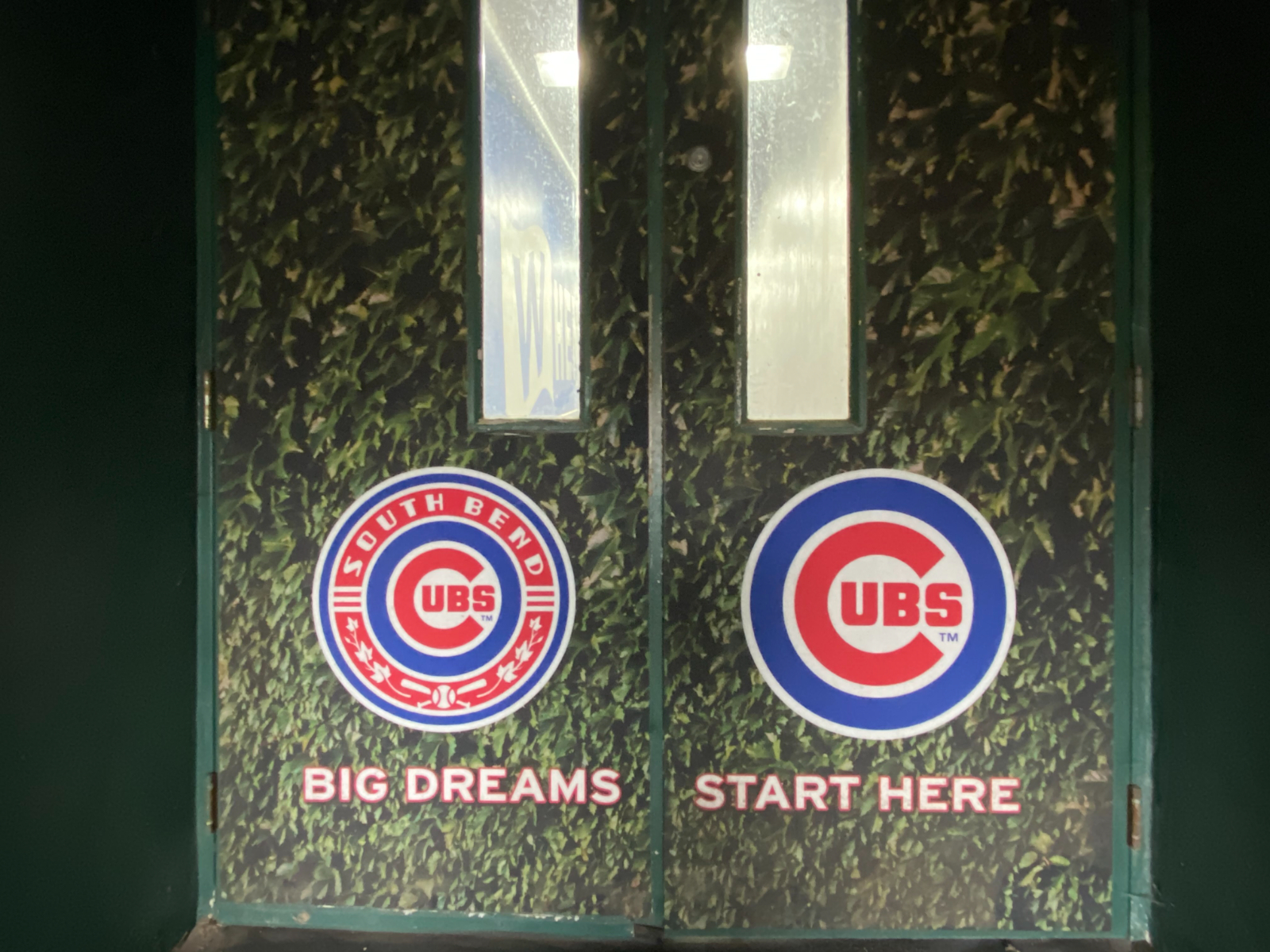 About the South Bend Cubs

The South Bend Cubs are the Class A-Advanced minor league affiliate of the 2016 World Series Champion Chicago Cubs. Over the past 33 years, the team has won four Midwest League titles, most recently in 2019, and has captured eight division titles. In 2019, the South Bend Cubs hosted the Midwest League All-Star Game. In June 2017, Four Winds Field, home of the South Bend Cubs, was voted Best Class A ballpark in the country by Ballpark Digest. In 2015 the team was named Ballpark Digest’s Team of the Year and received the John H. Johnson President’s Award, the highest award in minor league baseball. The team is owned and operated by Swing-Batter-Swing, LLC whose principal shareholder is Andrew T. Berlin of Chicago, Ill. More information is available at www.SouthBendCubs.com.