Mishawaka Senior Kammy Dustin signed her National Letter of Intent to throw with the Bethel University Track Team today.   Surrounded by family, coaches, friends and teammates, the volleyball player and track athlete said her love of sports started in elementary and has continued through today.  She credited Mishawaka Assistant Athletic Director Sherry Keyser and former teacher Eric Johnson for encouraging her to get started in sports when she was in 5th grade.  She thanked her parents and Volleyball Coach Steve Anderson for helping her along the way.   And she had tears in her eyes when she described how girls track coach Chris Kowalewski has been an inspiration.   “He’s fantastic,  I wouldn’t trade him for the world.  This guy is the reason I’m here today.  He pulled me by the arm my freshman year, and I thought, what is this crazy guy doing.  And he said this is gonna be a state arm.  (pause with tears)    This guy has believed in me more than anyone and he’s never lost hope in me.” 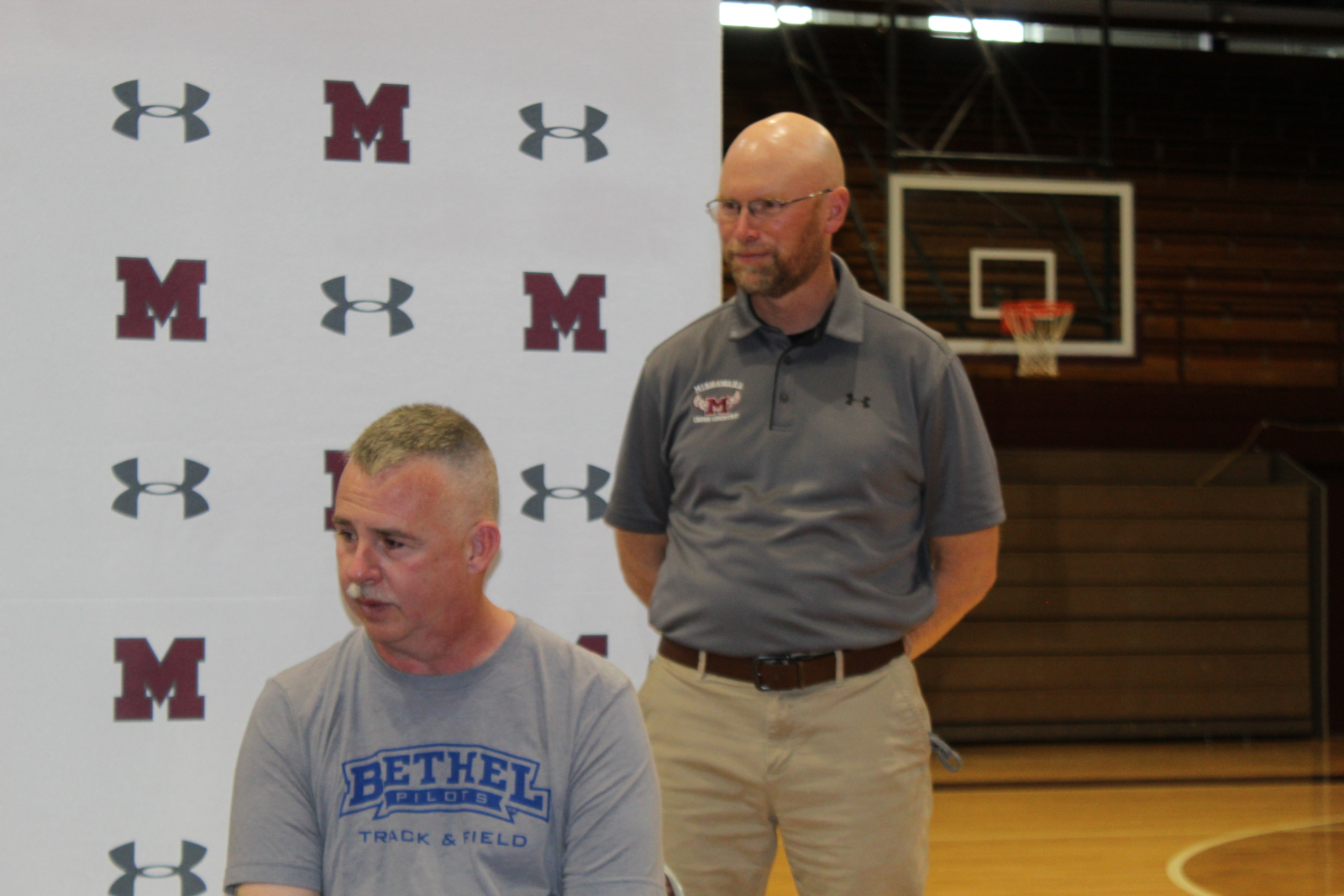 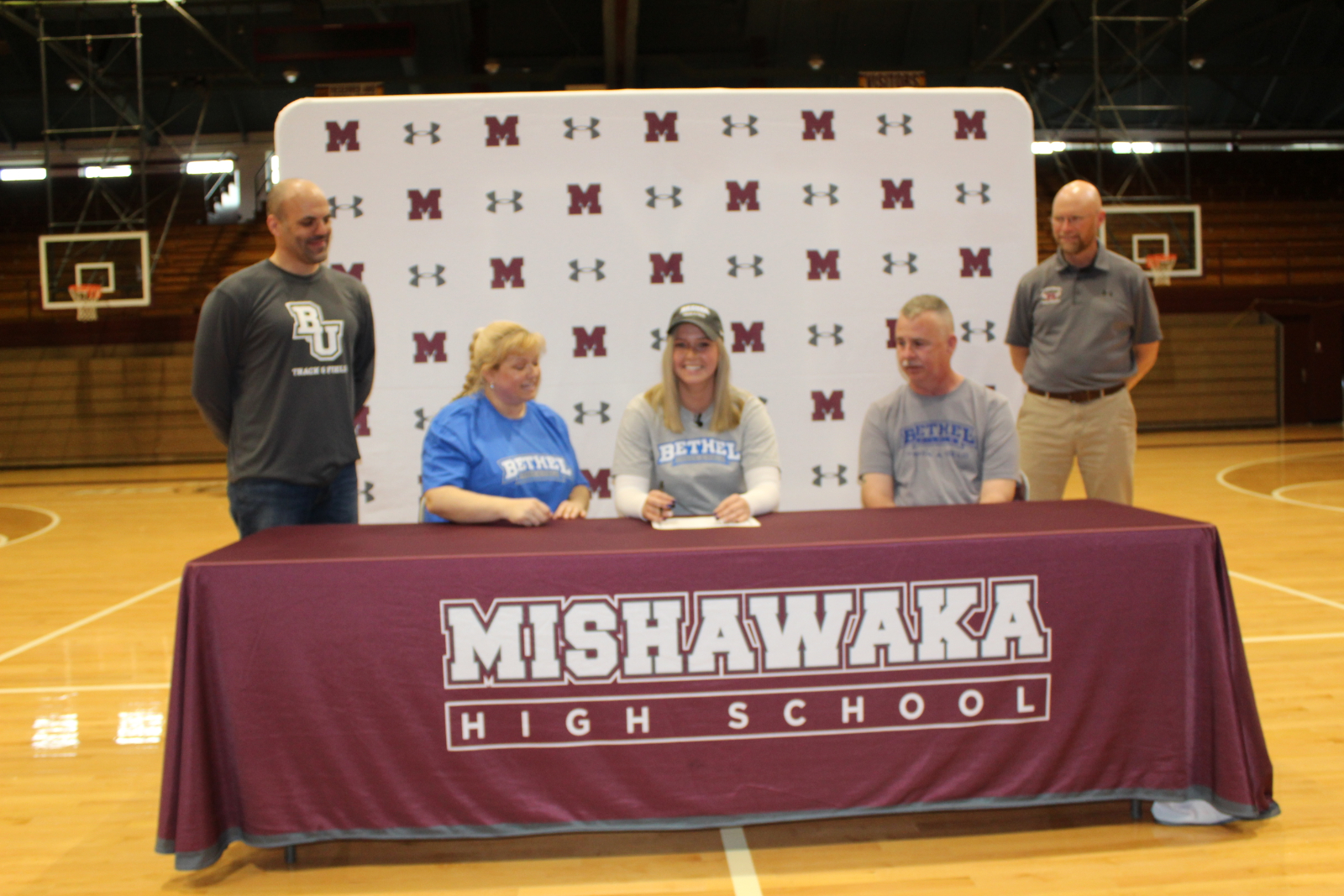 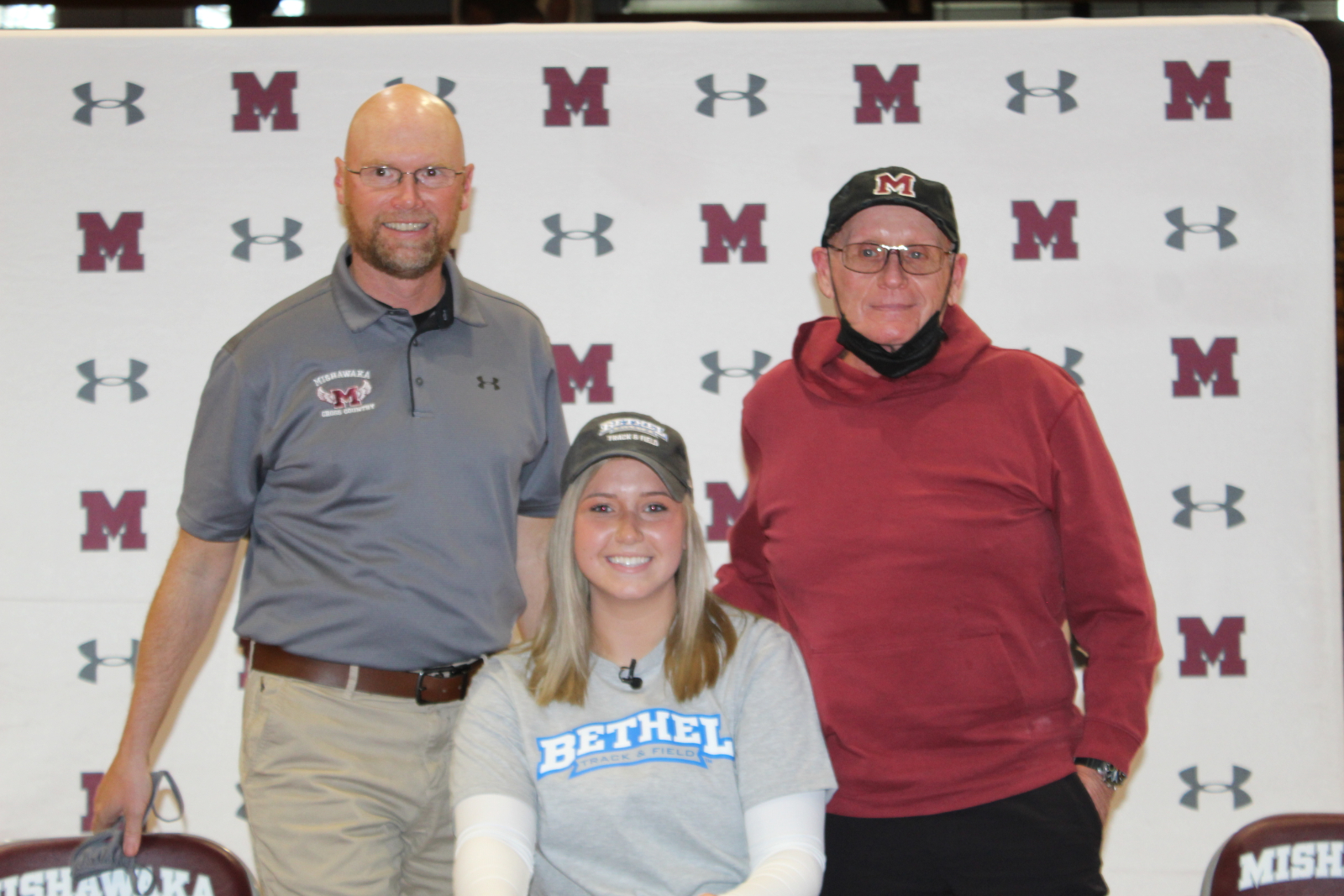 Coach Kov said the senior is just at the tip of her potential.  “The exciting thing about Kammy is just how humble she was about it.  She approached us about Bethel a couple of months ago and I said, find the right fit.  It was a home run right off the bat with her.” 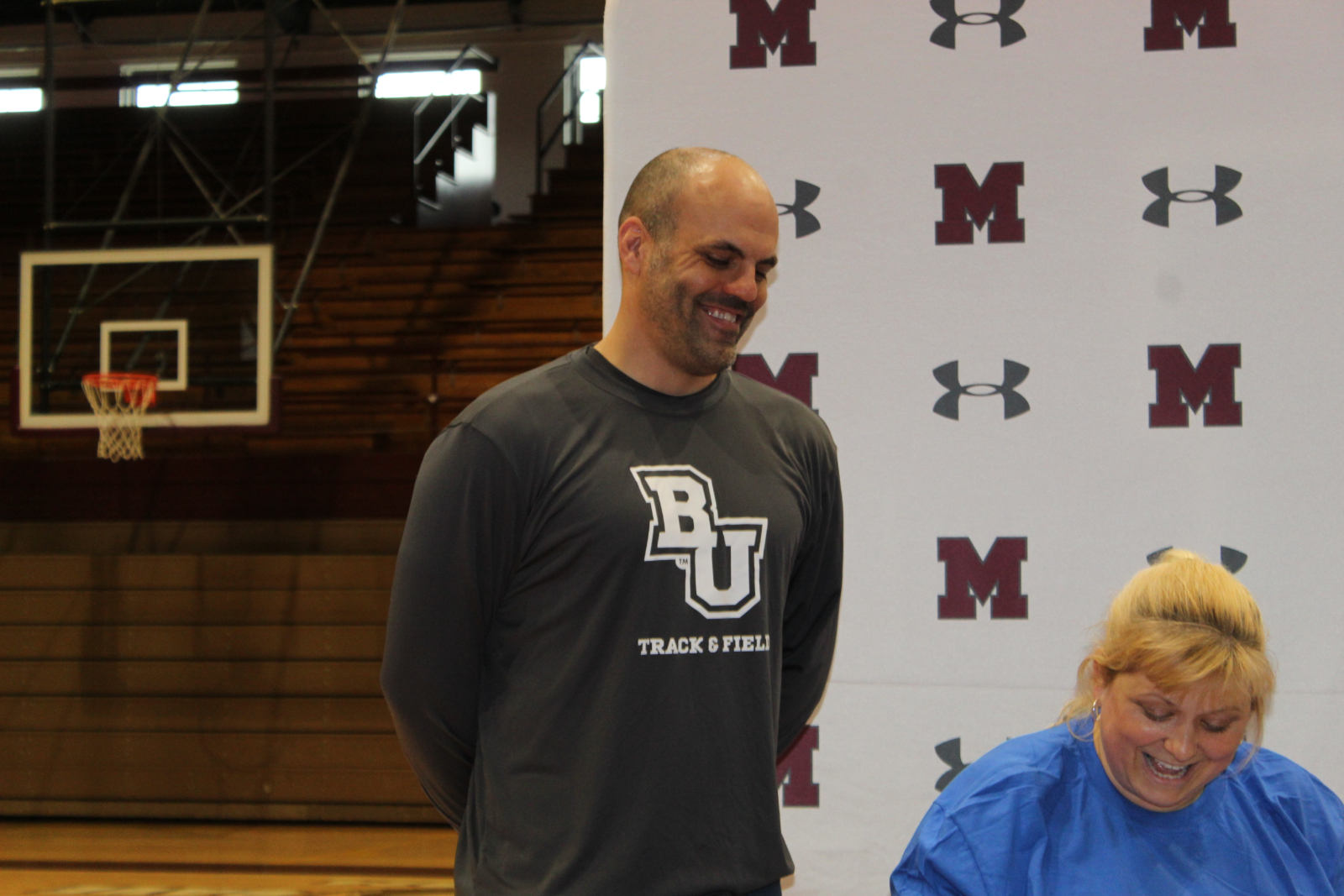 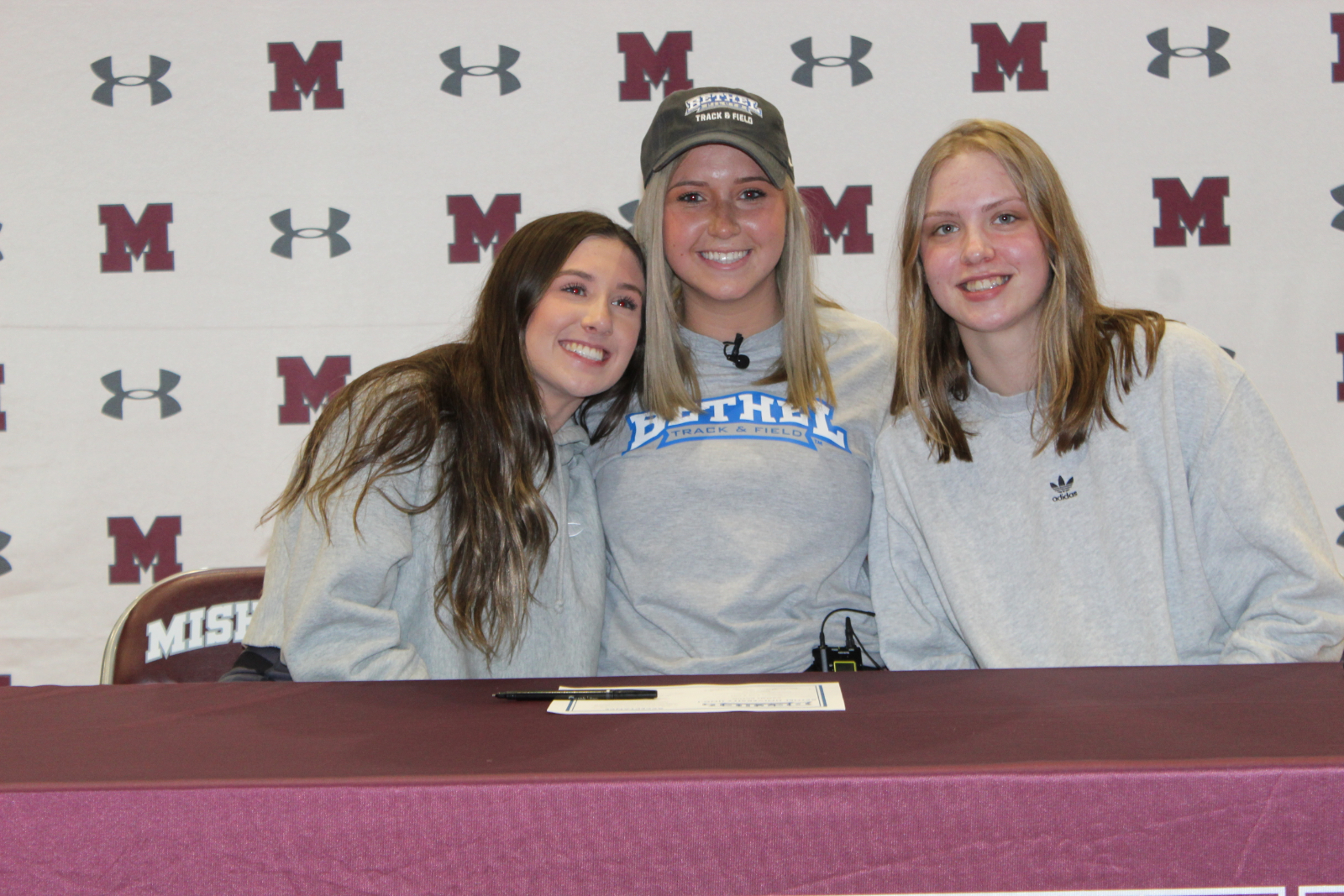 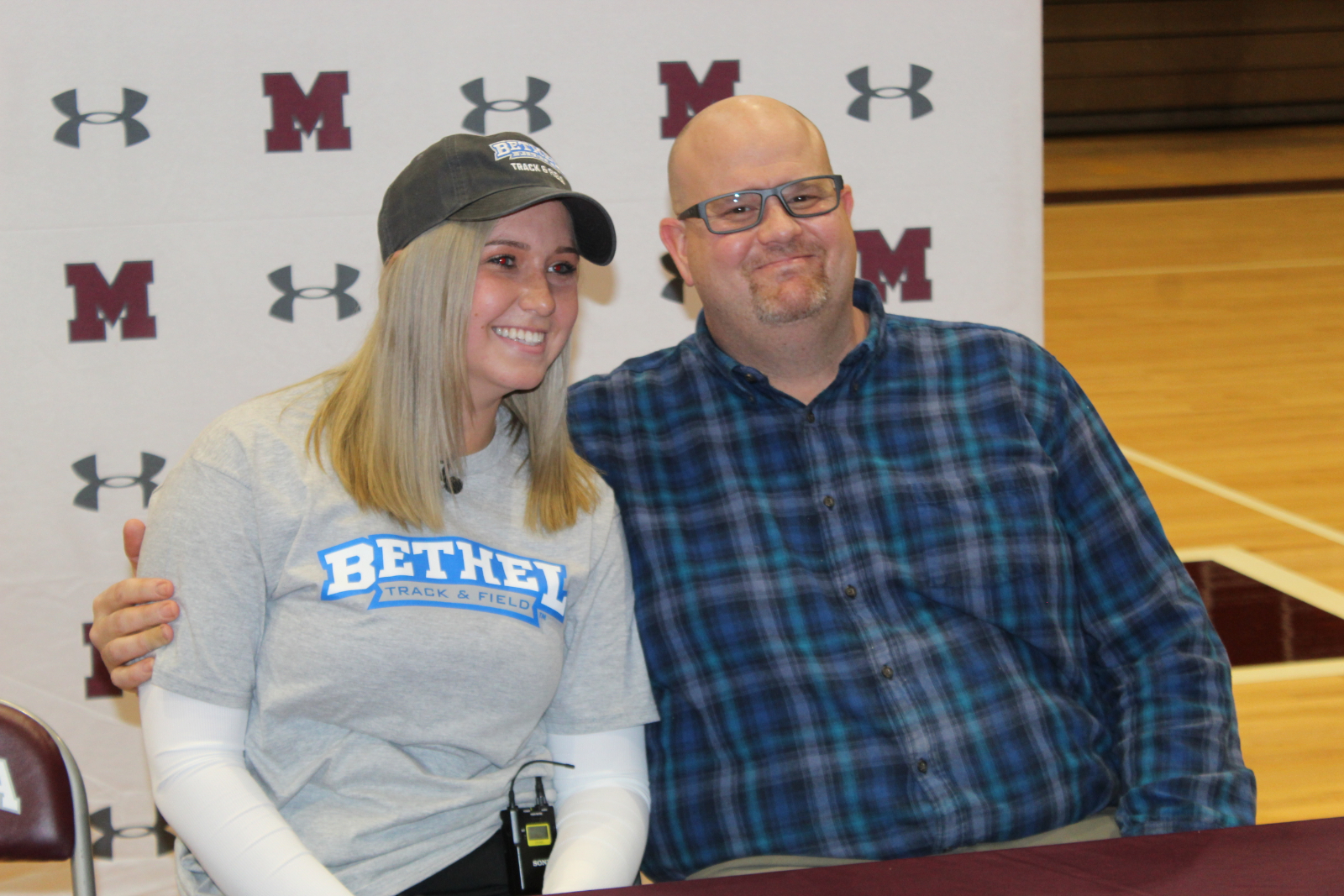 Dustin said when she visited Bethel she went to chapel and it was an eye opening experience.   “I’ve never felt more like where I was supposed to be and I’m excited to explore that new chapter.”   While Kammy describes herself as a perfectionist, Mishawaka Assistant Coach Mike Buchmann said Dustin brings more than just athleticism.  “You can feel that passion and energy radiate off of her.  When she gets a good throw she gets kind of quiet, and when somebody else has a good throw, she’s the best cheerleader in the world.”  Bethel Track Coach Danny Wilkerson said Kammy will fit right in with the Pilots.  “She matched every ounce of what we would want from a Mishawaka student.  The energy that she will bring as a freshman.   It’s just her spirit.” 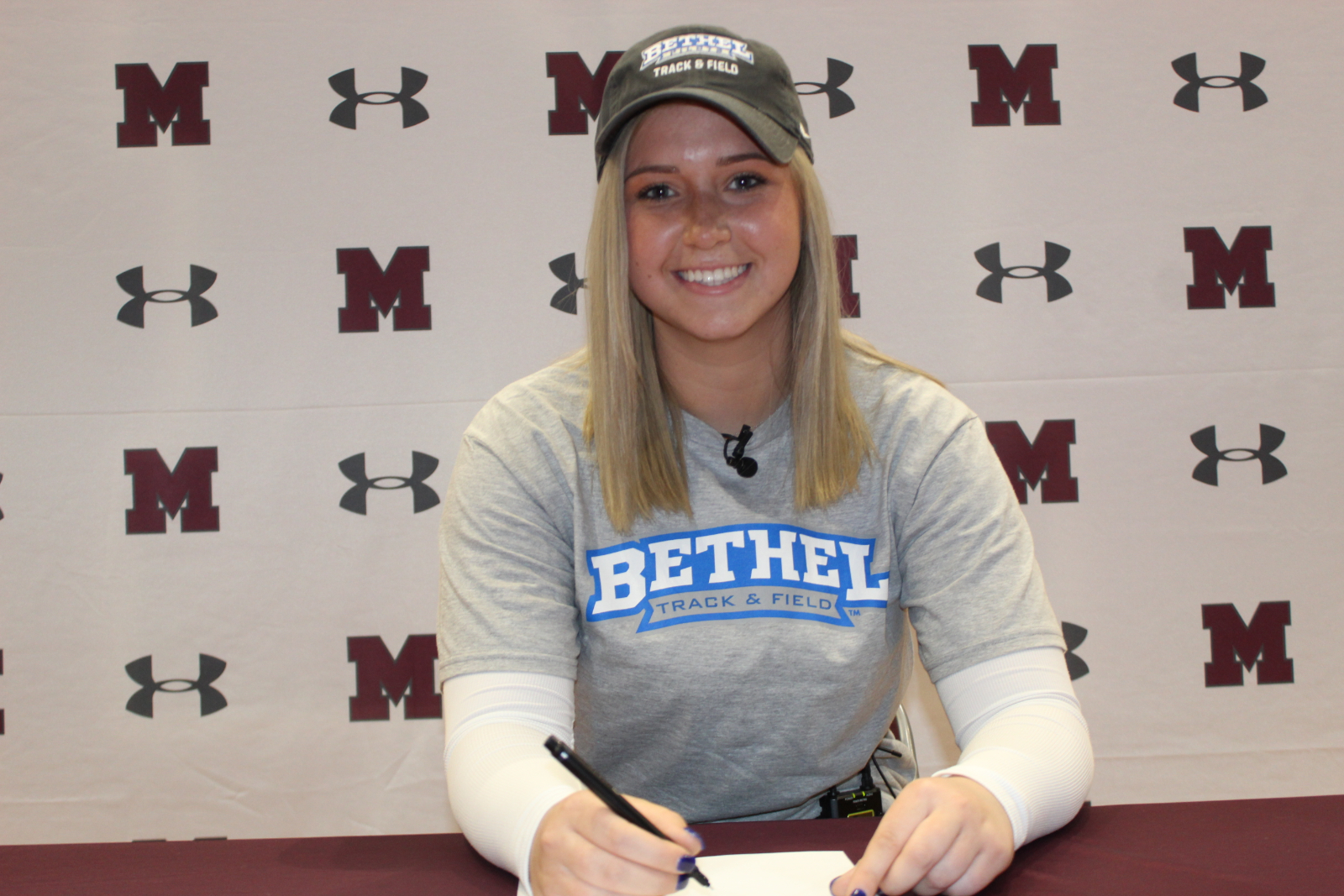 Kammy Dustin ended by saying, “Family is very very important to me.   Those are people you can’t trade.  And it was definitely the Mishawaka Way with Bethel.  Today couldn’t be a better day to do it.” 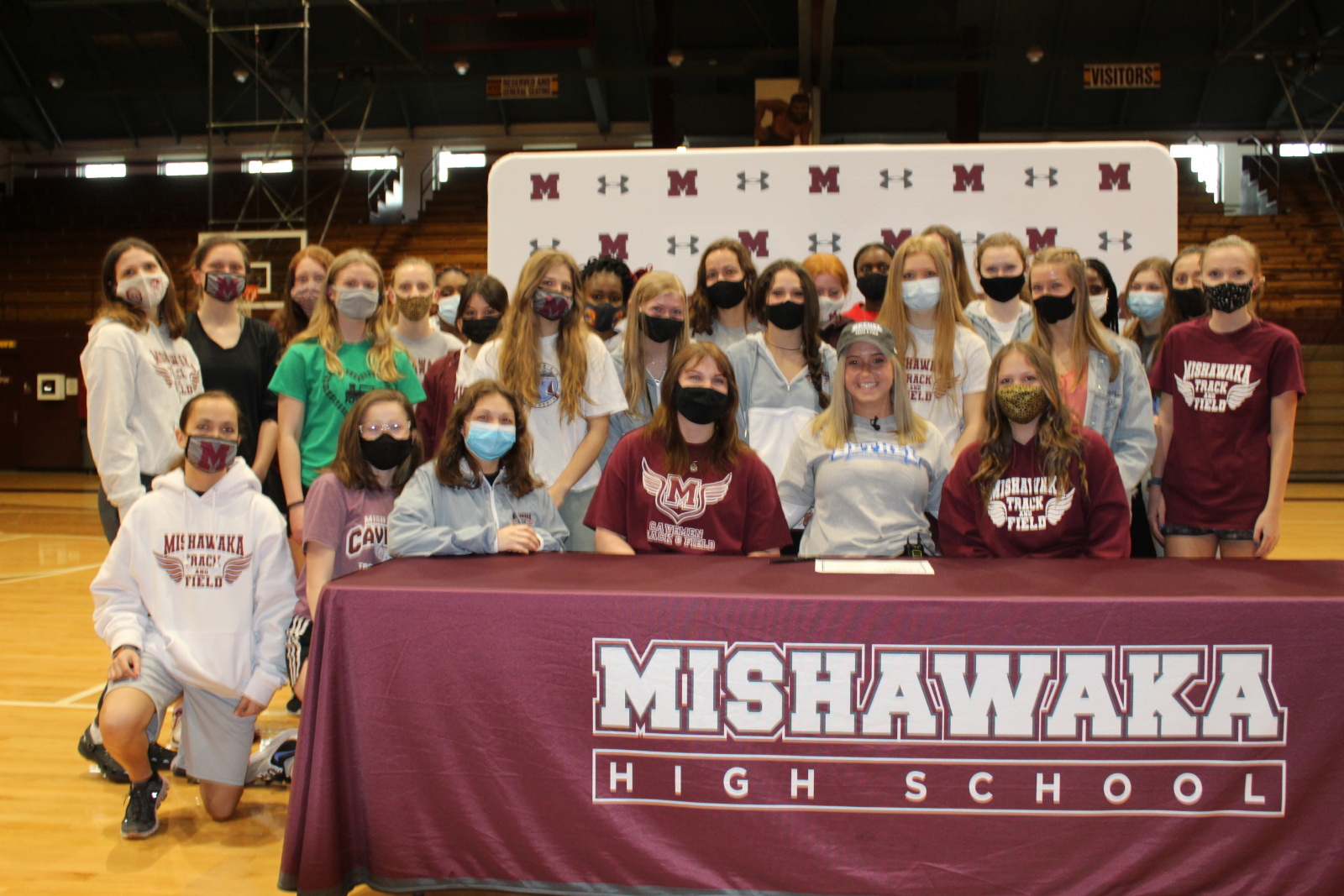