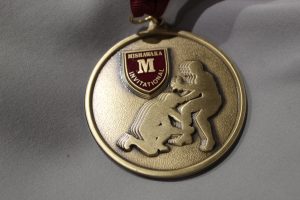 For 42 years, the Al Smith Invitational has been the premier wrestling tournament in the state. Unfortunately with the coronavirus still prevalent across the state and in our county, the decision has been made to not host the event this December. In a message to Tournament Director Sherry Keyser,  Mishawaka Director of School Services and Assessment Kory LaBonne said, “We spoke with Dr. Mark Fox, Deputy Health Officer from the St. Joseph County Department of Health regarding the event.  We all agreed the plan was thorough and considerate of the situation, to the greatest extent possible.  Unfortunately, even the most well-intentioned efforts would likely fall short with an event of this size and nature.  As disappointing as this news may be, we agree the decision to cancel is the safest course of action for everyone.” 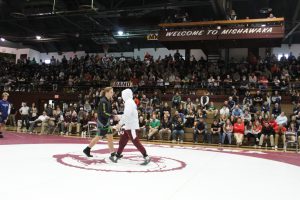 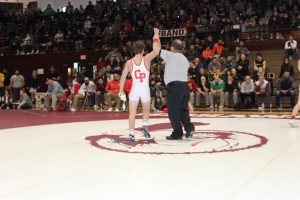 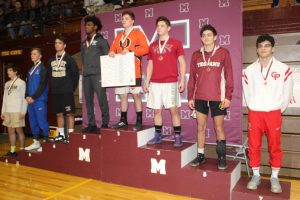 What started as the Mishawaka Invitational in 1978, has been a winter hotbed for wrestling for 42 straight seasons.  Former Coach Al Smith, who the tournament is named after said, “We want to see wrestlers get to the state finals in February without any major incidents.  If Mishawaka can be a leader and help make that happen.  We’ll take it.”

This is no doubt a special Hoosier sports tradition as 32 of the best teams from across the state come for the two day event.  Before spectators make it to the arena, you are looking at 448 wrestlers and up to 160 coaches.  Add in referees, scorekeepers, administrators, workers and volunteers, and there are roughly 750 people coming together.  Again…. That’s without fans.  Smith said, “It’s huge.  It gives teams and kids the opportunity to see what it will be like in the state tournament before the state tournament.”  Current Head Coach and former Invitational and State Champion Steven Sandefer agreed.  “For some it’s tougher than the state finals.  We’ve built this tournament up over time to be as close to a state before state as we can.  The history and prestige behind this tournament is one we want to continue to do right and one we do not want to tarnish by any means.” 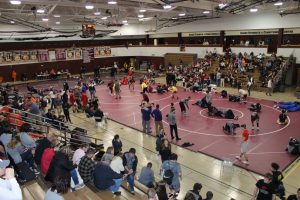 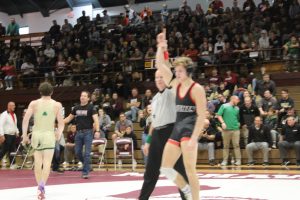 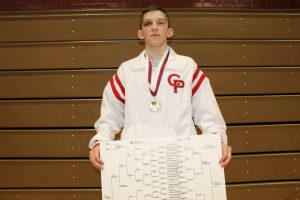 The team champion the past 3 years has been Indianapolis Cathedral, while individual champs came from Crown Point, Perry Meridian, Cathedral, Chesterton, Columbus East, Prairie Heights, Plymouth, Mishawaka, Merrillville and Penn.  Coach Sandefer said about not having it this year, “It’s hard, because we love the sport so much.  But we also have to do what is best for kids and their programs.”  Mishawaka is planning to wrestle regular season meets and smaller tournaments with the hope of going to team state in January.   “Our goal is to continue to work hard each day and focus on the things we can control,” said Sandefer.  I want our guys to have fun and be able to make memories.”  This will be the first year for the Cavemen in the Northern Lakes Conference, and getting ready for the IHSAA Tournament is a Mishawaka tradition.  Last year the Maroons had State Champ Joe Walker at 182, and State Runner-up Jacob LaPlace at 195.

The legend Smith attends every year and knows this is much more than just a wrestling tournament.  “It’s all about the people.  The excitement comes from the people who come back year after year.  They may have wrestled or coached in it or they just love the sport, so they keep coming back.  It’s a tournament of emotion.  You feel it.  It’s an event.  We’ll miss it.  But it will be back.” 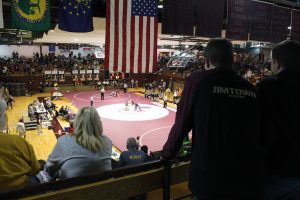