It wasn’t as easy as the score indicated, but Mishawaka won Friday night in their last regular season home game 42-7 against Wawasee.   The 4th win in-a-row, combined with a 22-21 NorthWood win over Warsaw put the Cavemen back in the NLC Title Chase. 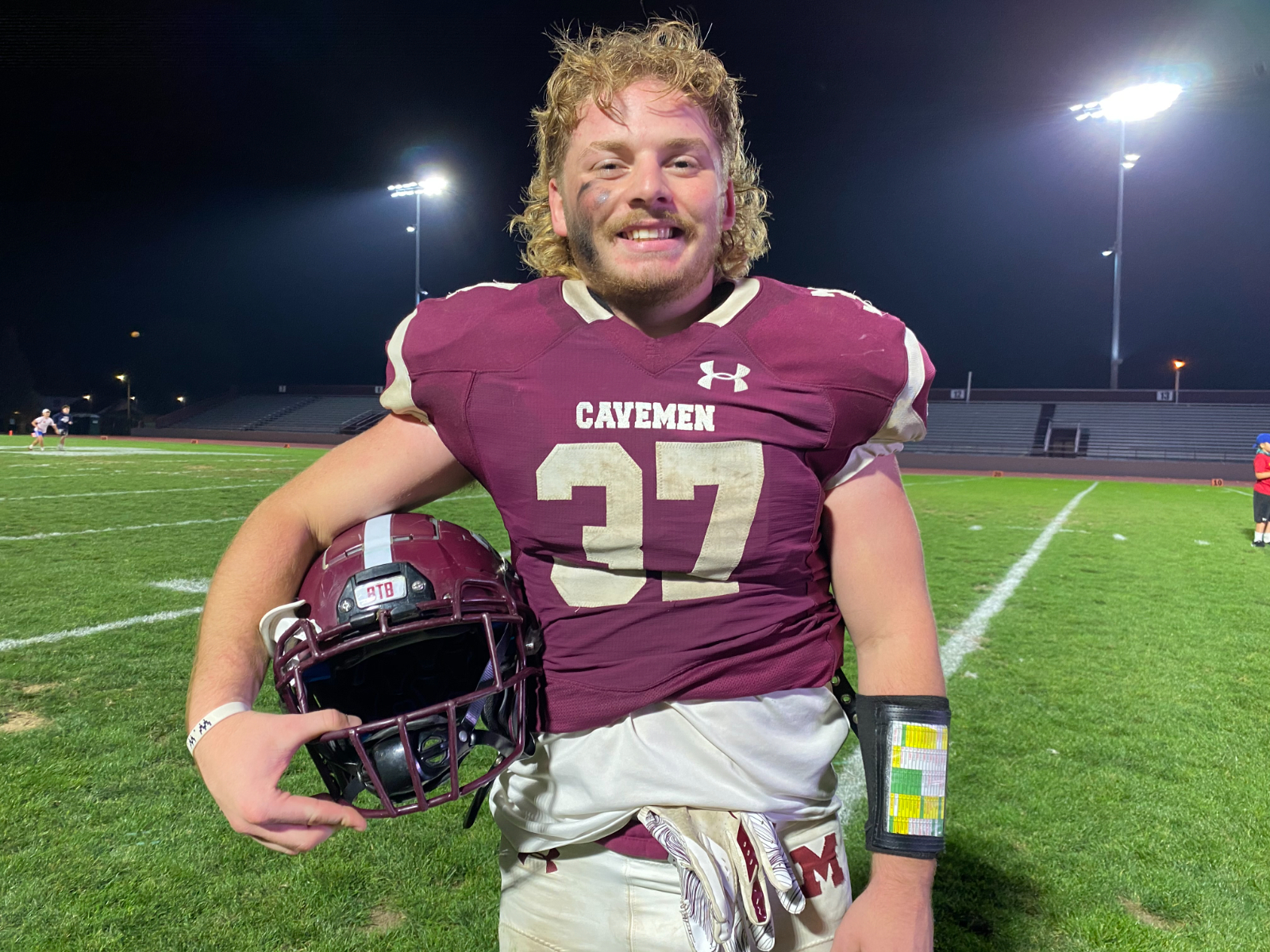 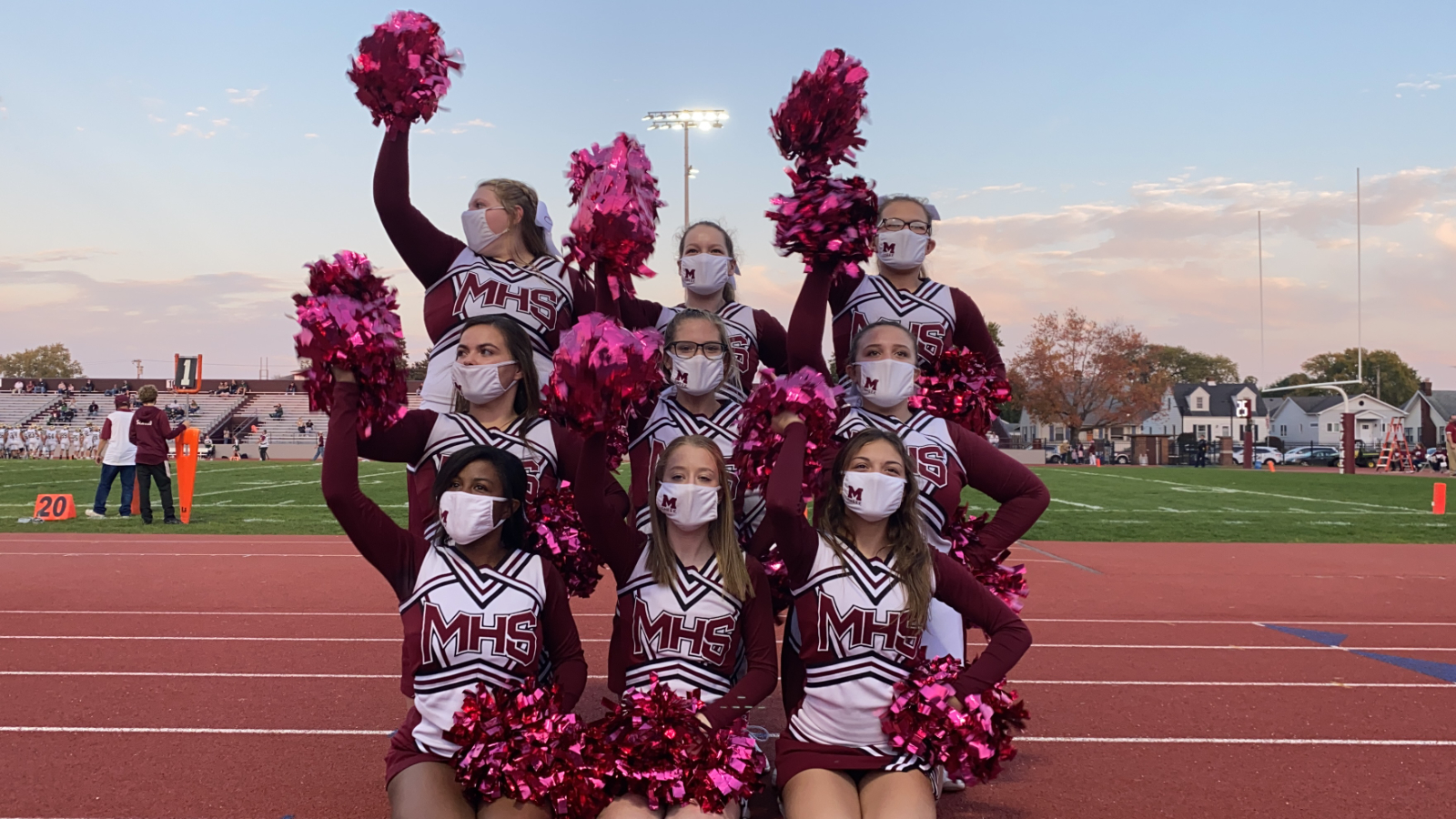 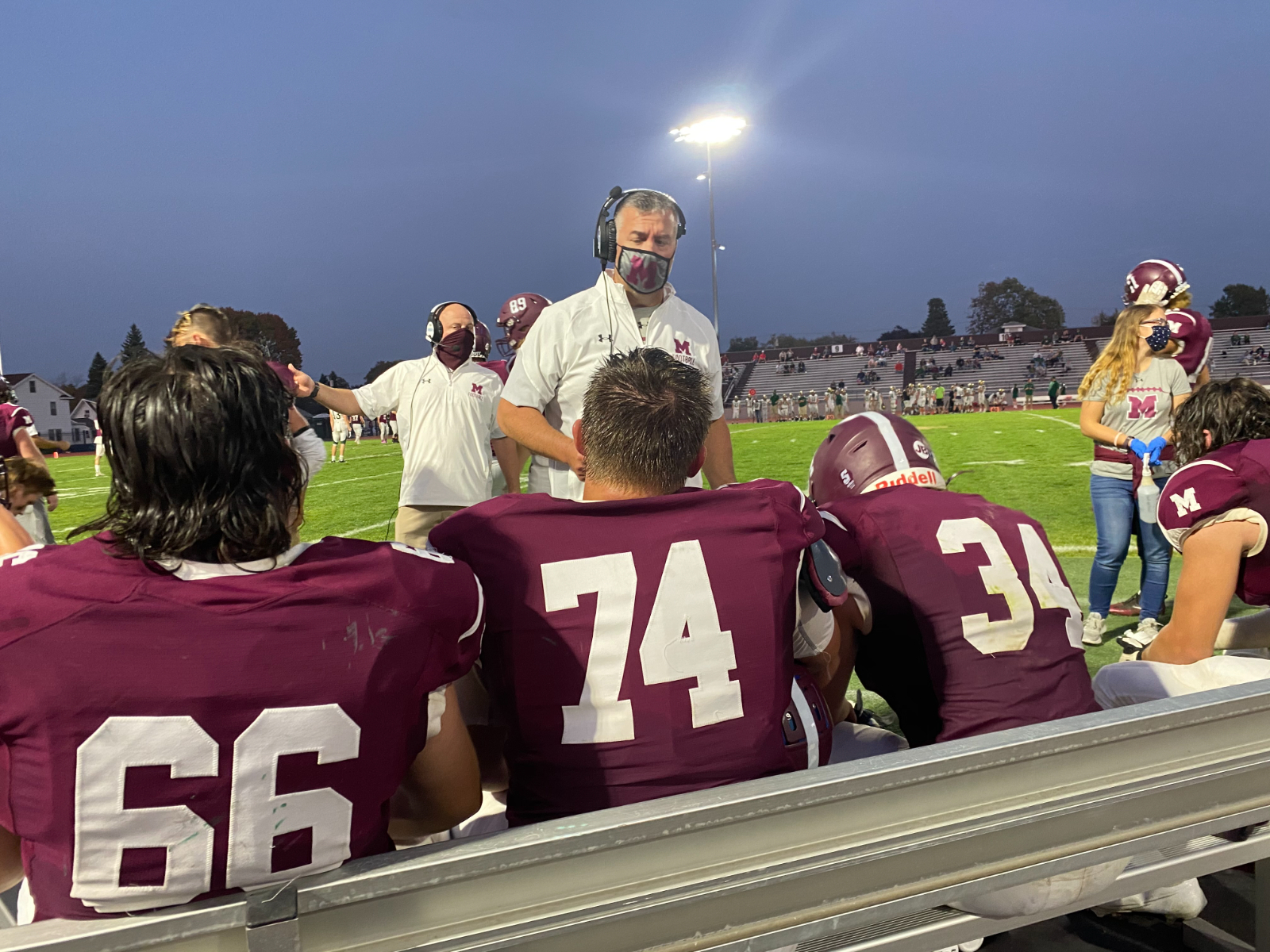 The standings going into the final games are: Warsaw 5-1, Northridge 5-1, Mishawaka 4-1, NorthWood 3-2, Concord 2-3, Plymouth 1-3, Goshen 0-3, Wawasee 0-6.   Mishawaka travels to Northridge next Friday while Warsaw takes on Concord.  The Cavemen take on Goshen in the first round of the Sectional tournament on October 30th.  It’s possible that game could count as not only a tournament game, but also a league game as well. 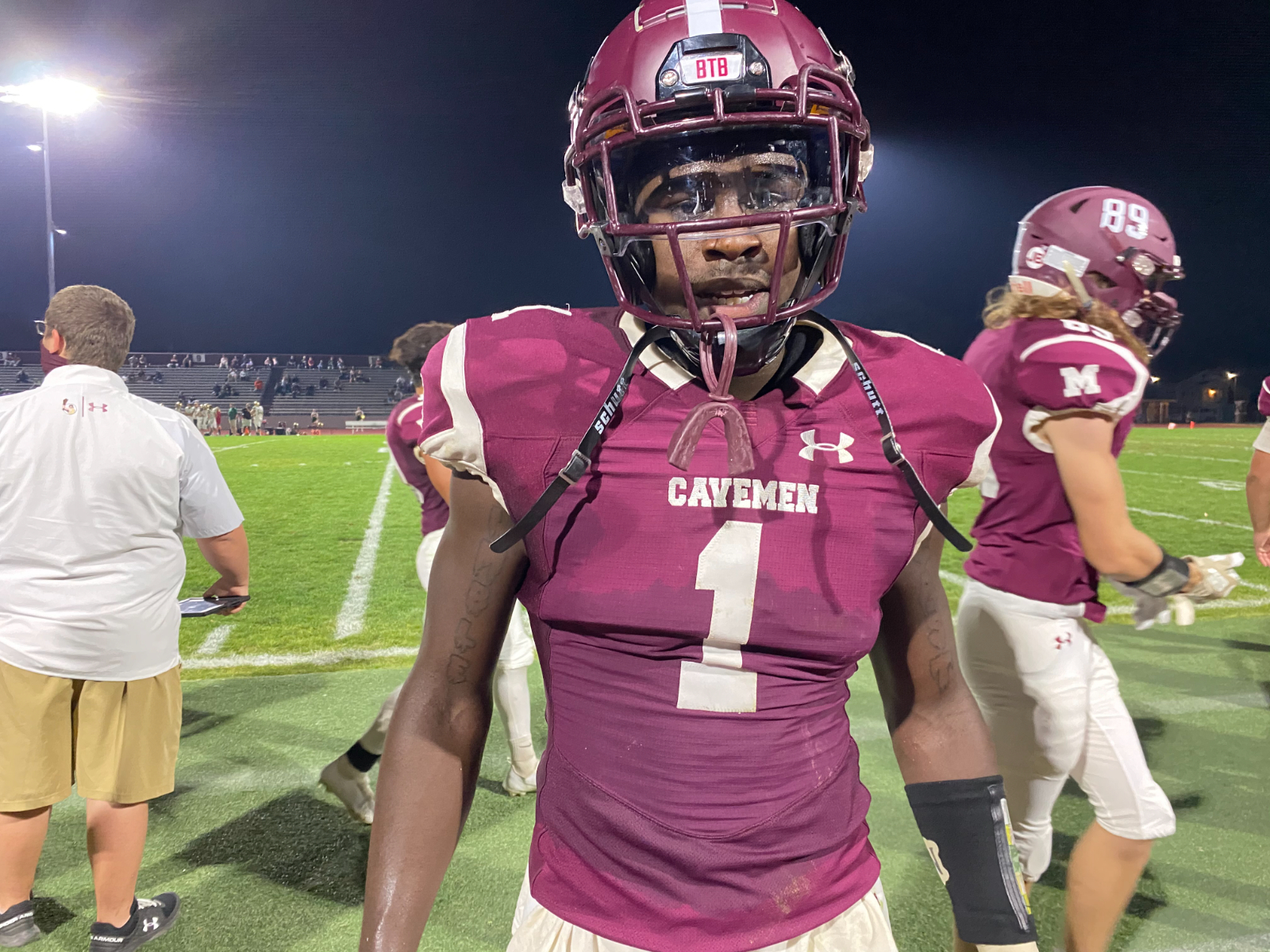 Mishawaka drove down the field on the opening possession, only to fumble within the 1 yard line.  The game was scoreless in the 2nd quarter when Drew Mason followed the “Dawgs” into the endzone for the first Cavemen score to make it 6-o.  Mason scored  again while Connor Addison ran in his first TD of the year  to help the Maroons build a 21-0 lead at halftime.  One of the touchdowns was a Justin Fisher pass, while #37 ran in another to help build the lead. 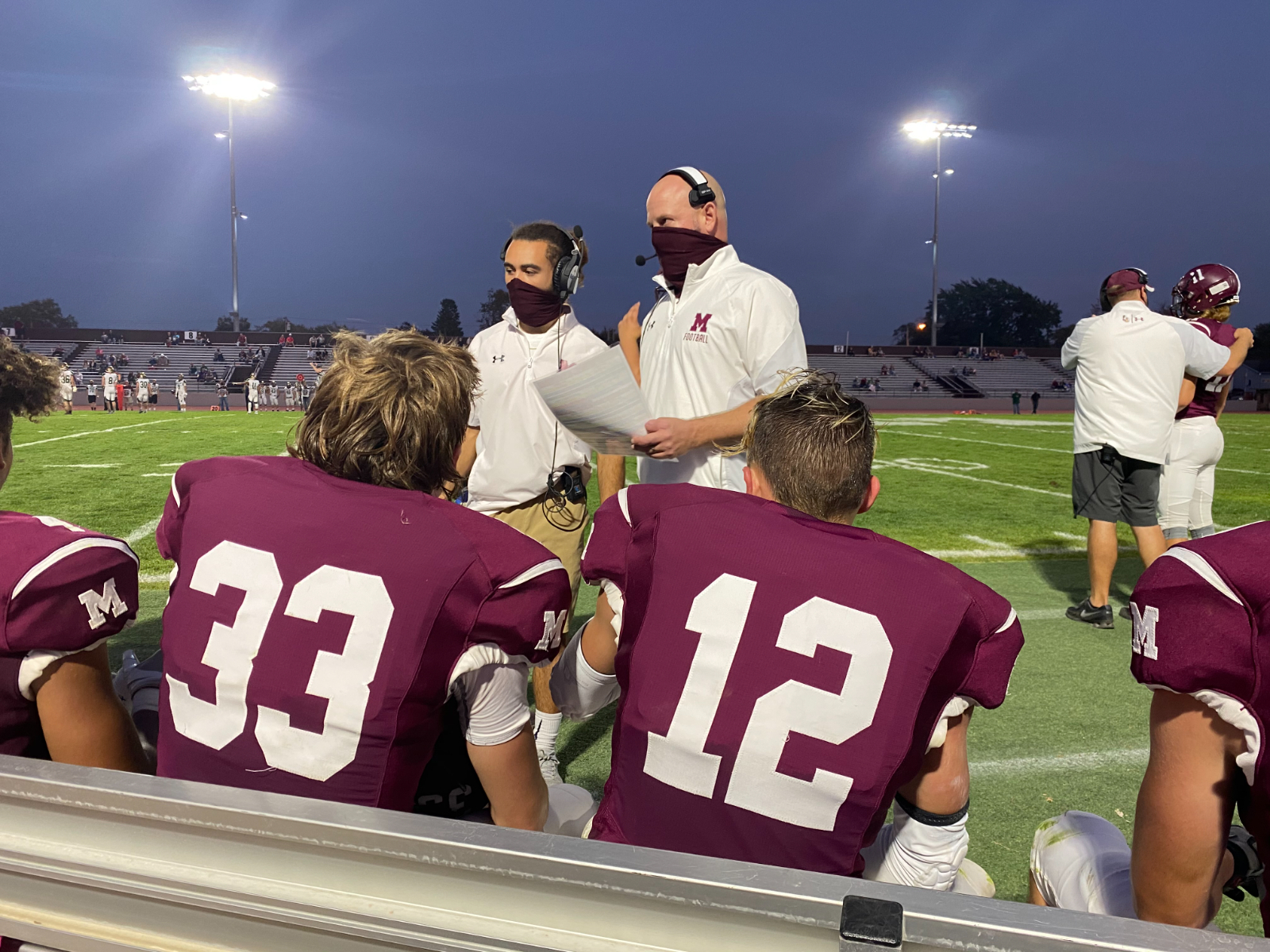 The Cavemen “D” continued it’s growth with two interceptions.  DaVonn Parker took an “INT” back 61 yards to set up the teams 2nd TD, while Dylan Wise had a pick 6 that went an incredible 90 yards in the 3rd quarter that sealed the deal for the home team.    Mason ran in his 3rd TD of the game, while Konnor Putz raced to the endzone for 42 yards in the 4th as Mishawaka improved to 4-3 overall. 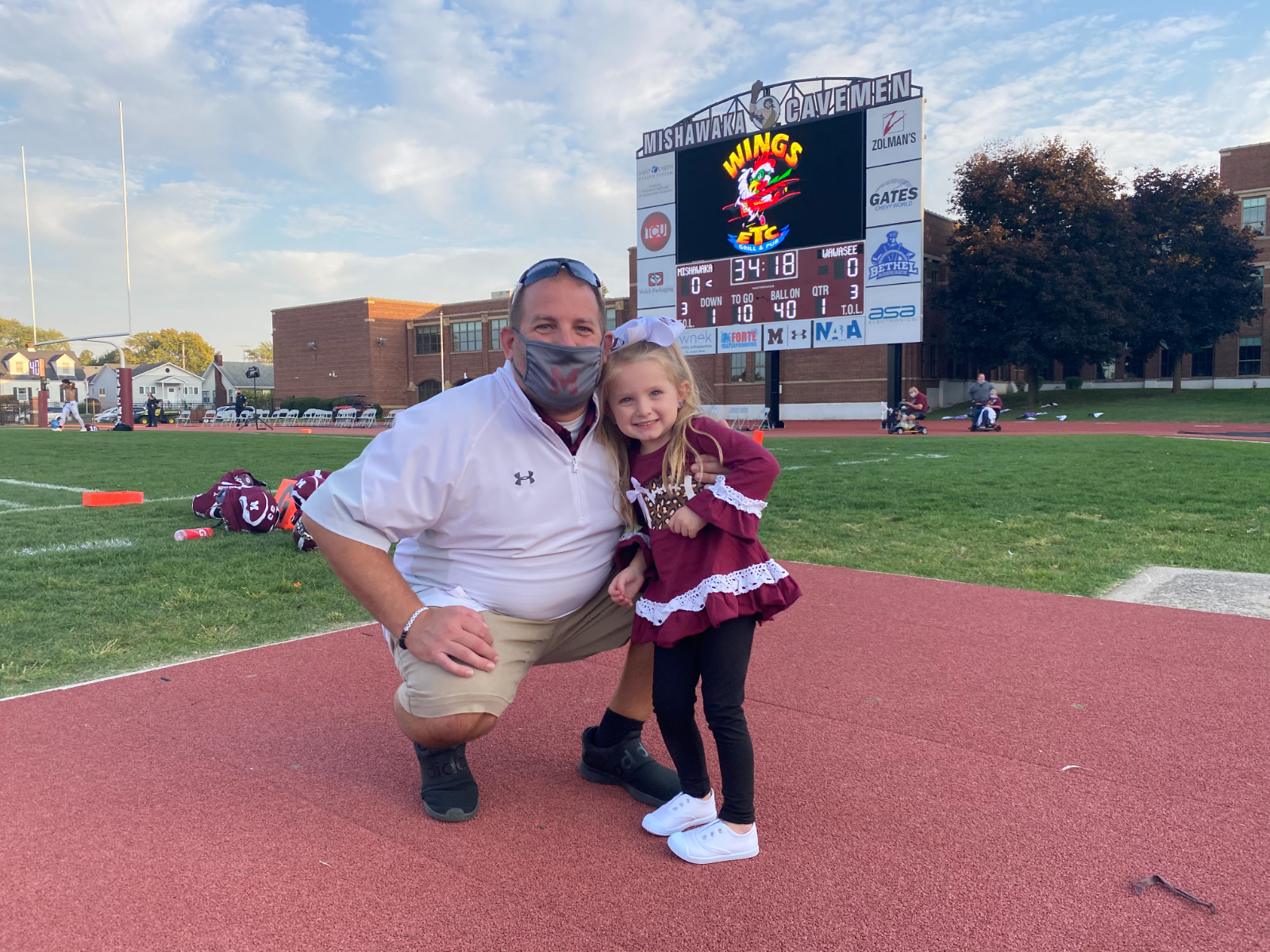 Justin Fisher led the rushing attack with 142 yards, while Mason carried the rock for 86.  Max Micola had 8 tackles for the Cavemen while Aiden Hooten added 7. 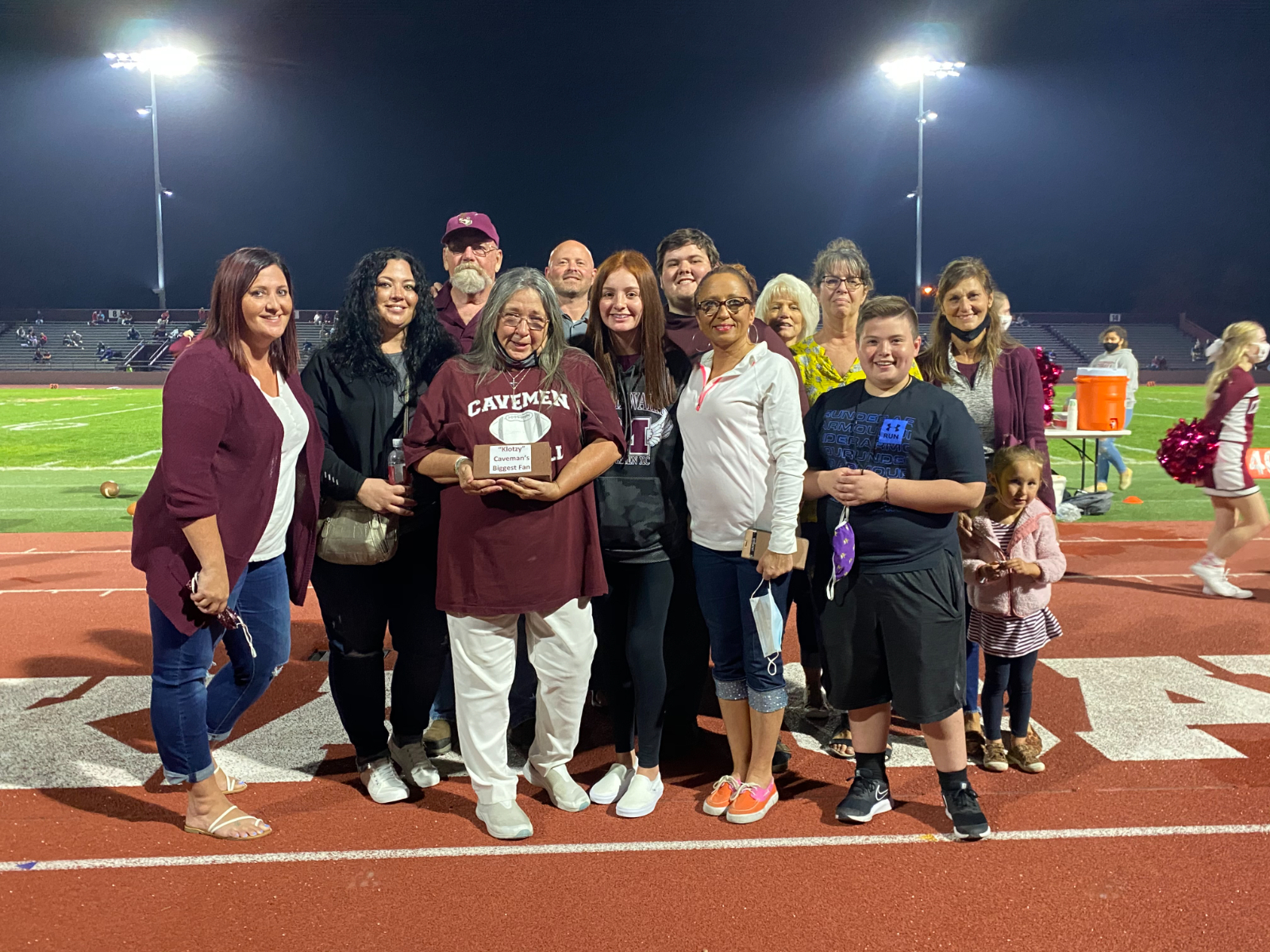 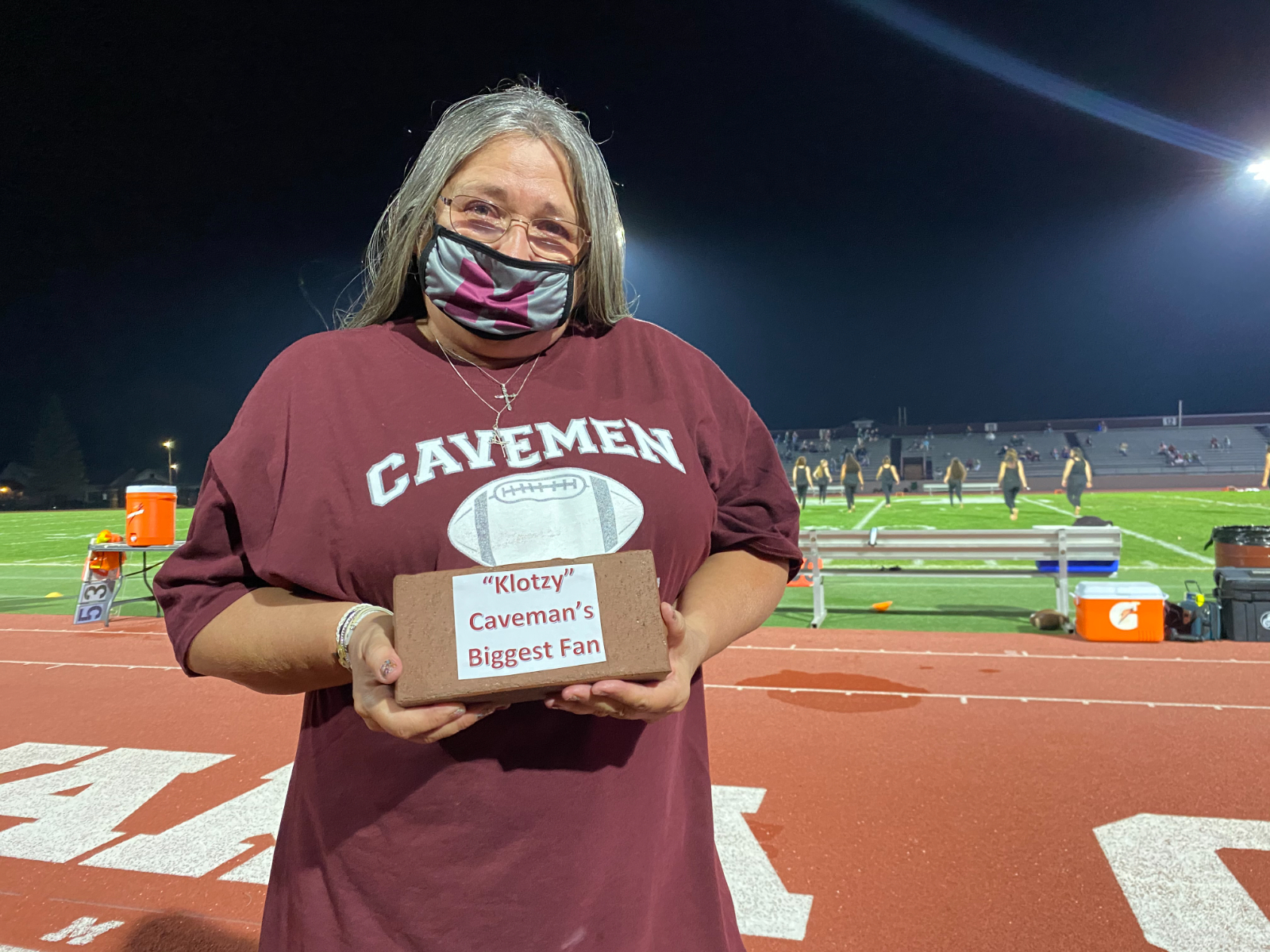 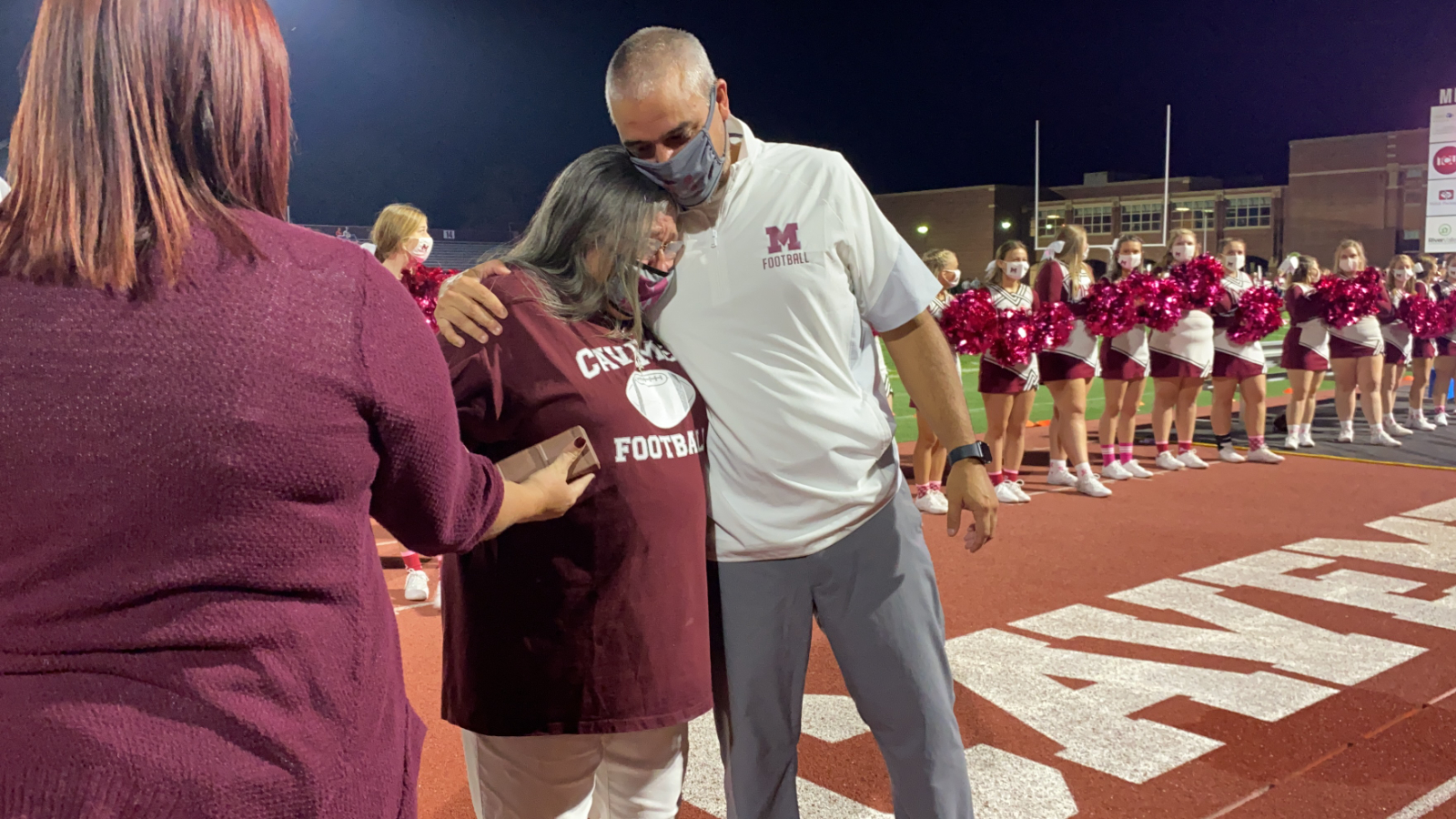 The night was also highlighted by the return of #57 Jacob Bush.  The sophomore was able to lead the team onto the Steele Stadium turf for the first time since a tragic accident this past summer.  And at halftime, Mishawaka honored longtime employee Deb Klotz for 27 years of service at Mishawaka.  Friends at the school pitched in to get her a brick that will placed in Alumni Plaza in her honor. 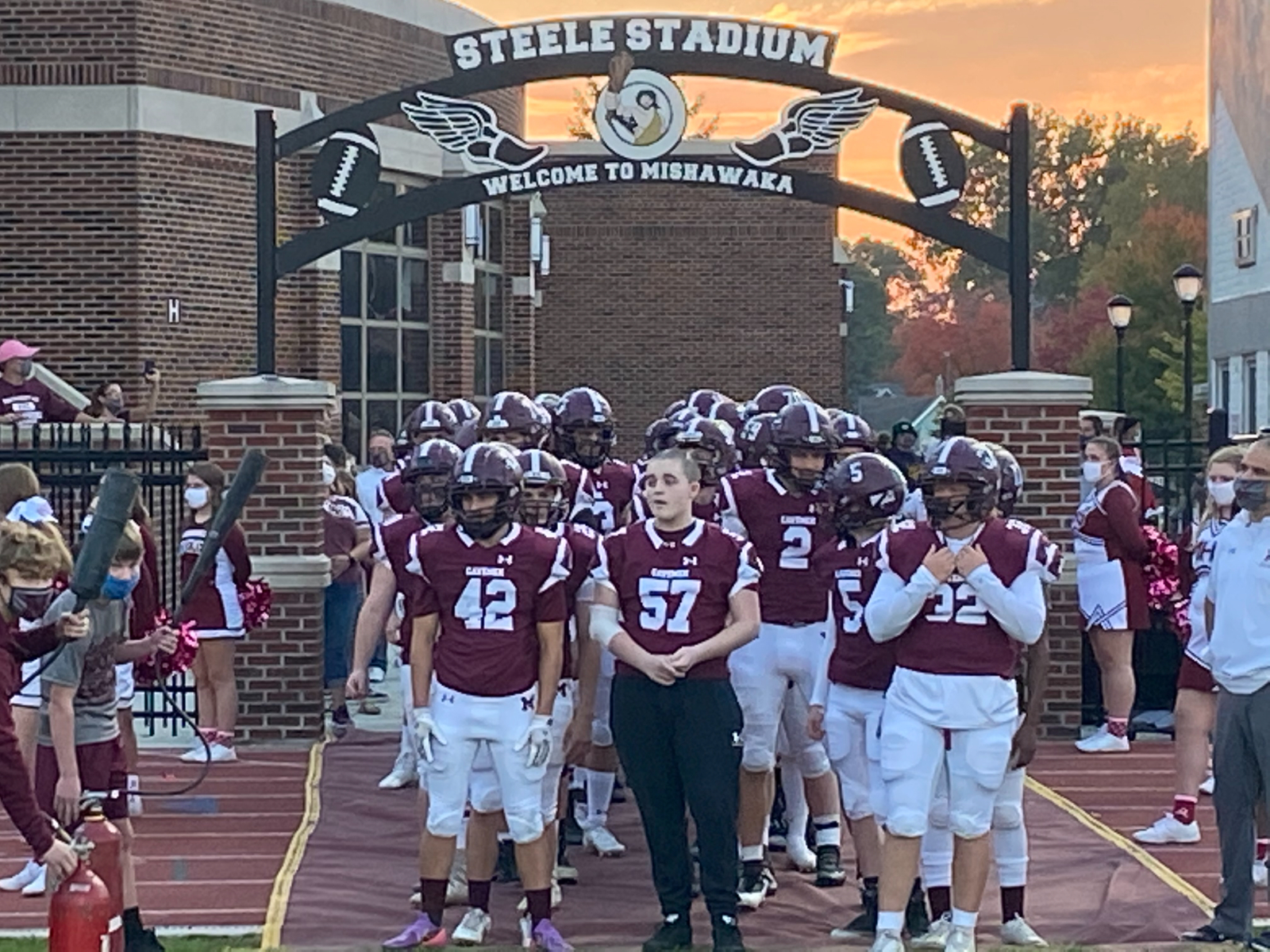 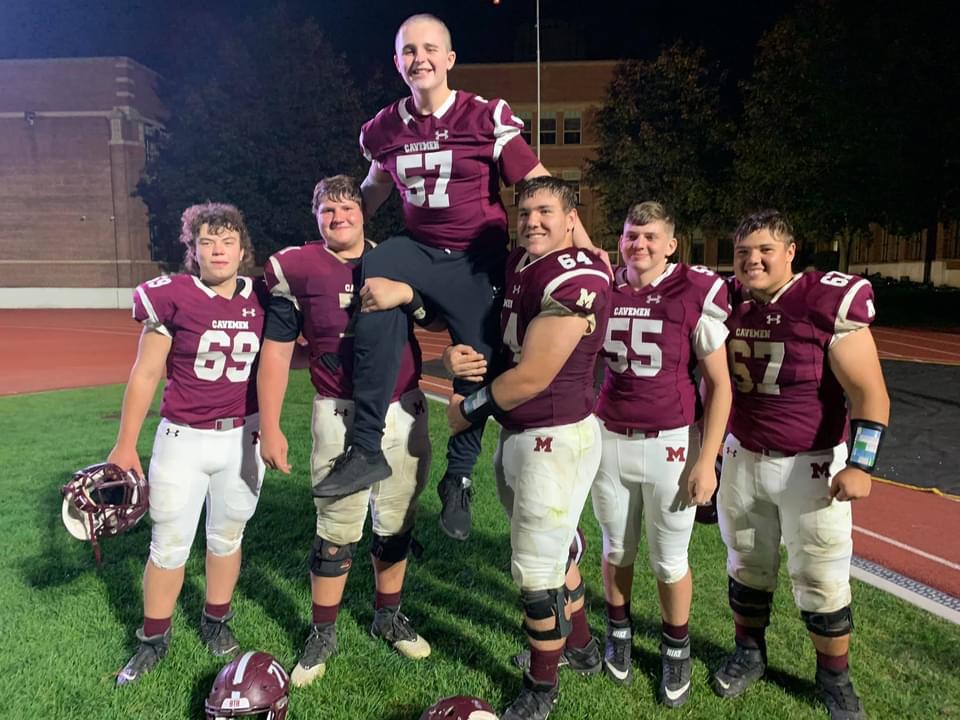