It took a perfect game by Warsaw and a little help to beat Mishawaka Friday night.  On paper, the Tigers were flawless with zero penalties while scoring on every possession.  The home team also got an interception that announcers were saying hit the ground, and retained a fumble that local broadcasters said should have gone the way of Mishawaka.  Coach Keith Kinder said after the game, “I told our kids that complainers complain and we’re not going to do that.  We gotta get better and that starts with me.” 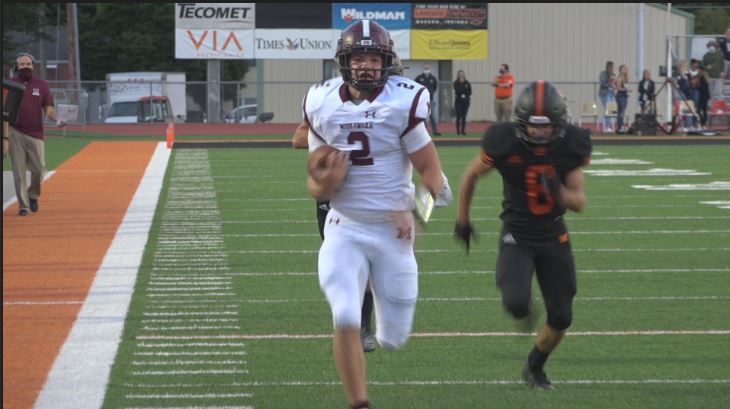 Despite the breaks that went toward the home team, Mishawaka was one stop and one big drive away from equaling the team with the “W”.   Kinder said, “The bottom line is we scored on 4 of our 7 possessions and they scored on all 6 of theirs.  We gotta get better in the 4th quarter.” 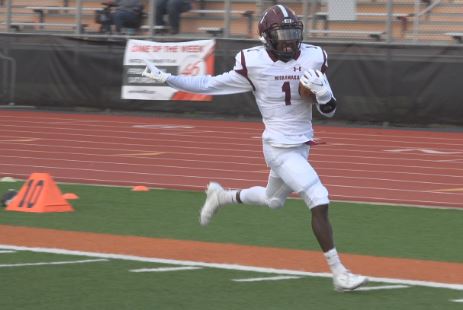 DaVonn Parker had two touchdowns.   One in the first minute of the game. #1 goes 57 yards and he would not be caught.  Parker later had another receiving touchdown where he went all the way across the field making every Tiger miss.  Justin Fisher scored 2 touchdowns and was perfect with four straight 2 point conversions. 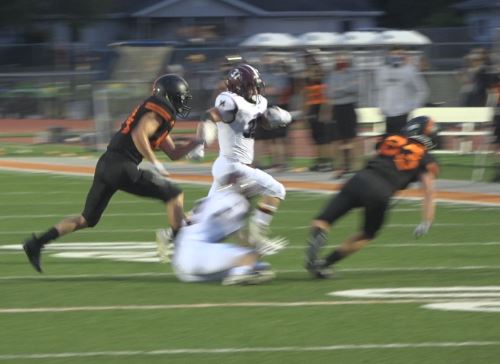 The biggest play of the game may have been an apparent Drew Mason touchdown before halftime.  The Cavemen were called for their first chop block since the FW Snider game in 2015.   Replay showed the Mishawaka player was blocked into the opponent.  In all Mishawaka was penalized 69 yards compared to none by the home team. 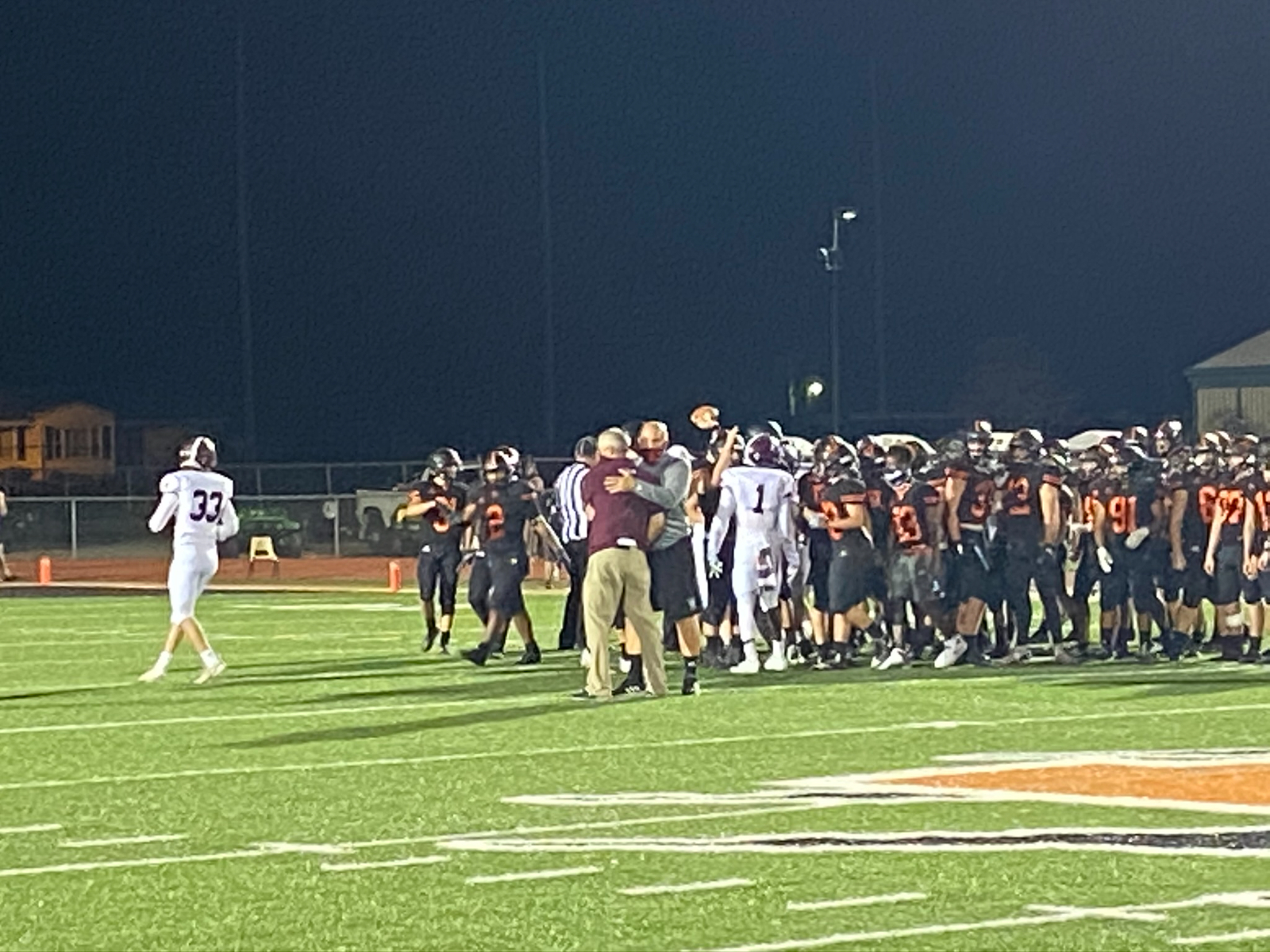 Despite the offensive firepower, the Cavemen came up short 40-32.    No excuses from the coach. Just disappointment.   “We can’t catch a break.  I’ll be back at work at 6 am Saturday morning trying to find a way to fix it.” 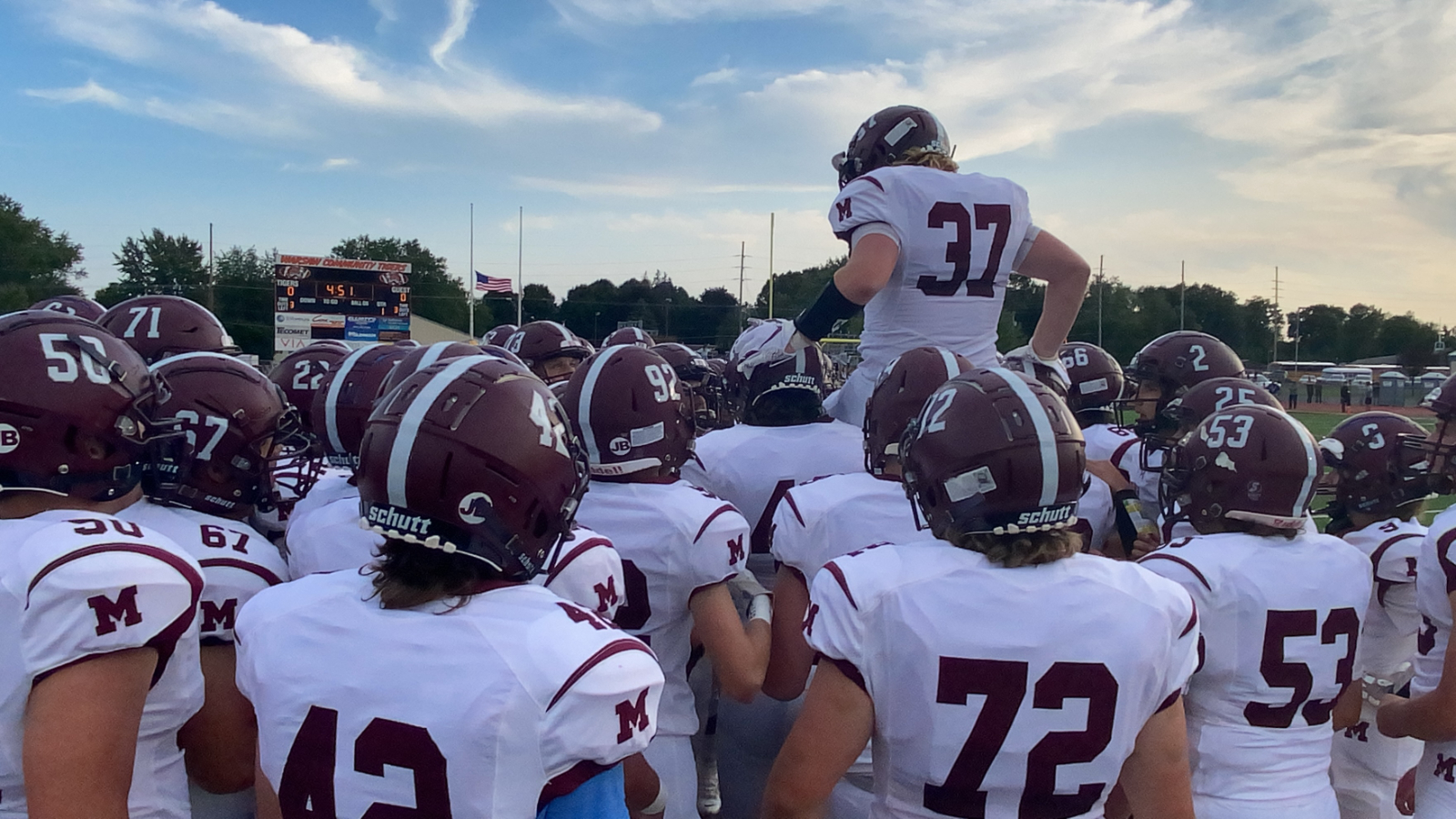