Mishawaka’s Franny Parks scored 6 goals Thursday night on the way to a 10-0 Cavemen victory over New Prairie.  The sophomore had 5 goals in the first half and added one more just 3 minutes into the 2nd half.  In a display of sportsmanship, Mishawaka Coach Steve Hodge pulled all of his starters, including Parks, with 30 minutes to go in the contest. 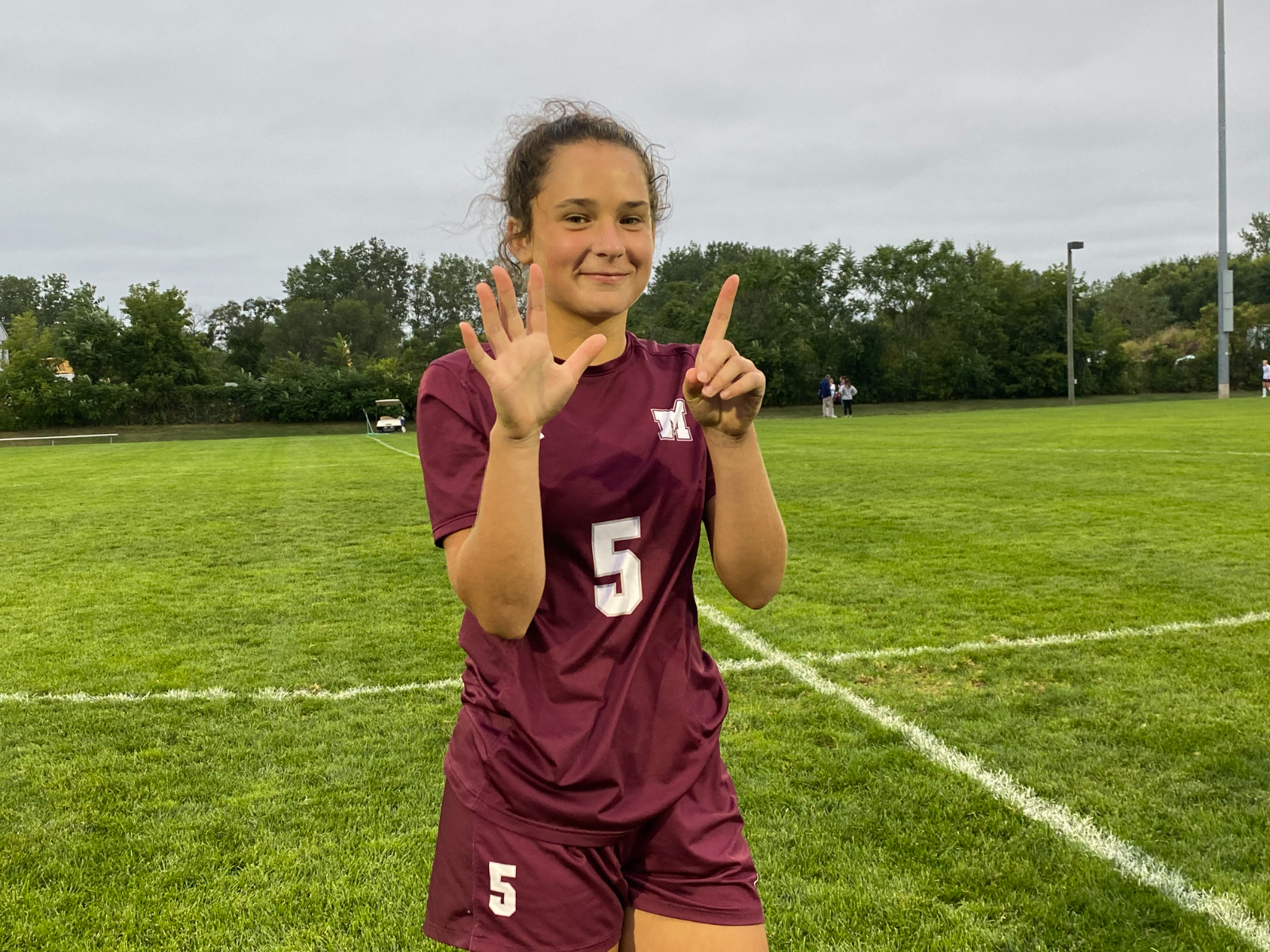 Parks has had 5 goals in a game more than once in her career. She was tied with 2020 Mishawaka grad Rachel Gomez with the previous record.  The goals in the first half came after the Cavemen took a 1-0 lead on a Maddie Buraczewski goal  at the 29:00 mark.  Parks scored the next 5 goals of the half in a span of 16 minutes and 20 seconds.  Her final goal came at the 36:57 mark at the start of the 2nd half.

Mishawaka also had 2 goals by Kaleia Hartman and another by Mariah Juarez.