Mishawaka would like to congratulate 3 tremendous athletes for earning Teachers Credit Union NIC MVP Trophies this year.  Rachel Gomez won the MVP for  soccer in the NIC South, Joe Walker was the Wrestling TCU MVP, while Casey Quintana brought home the top honor for boys X-Country.  Normally there would have been a banquet where all the Most Valuable athletes from across the league came together.  That wasn’t possible this year because of Covid-19.  But it doesn’t diminish the prestige of being named the best in the Northern Indiana Conference.  The Mishawaka athletic department with Sherry Keyser, Linda Weber, Julie Fisette and Dean Huppert delivered the trophies along with the head coaches. 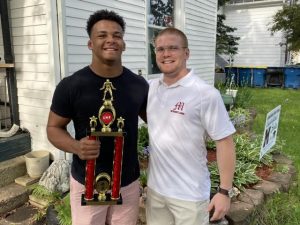 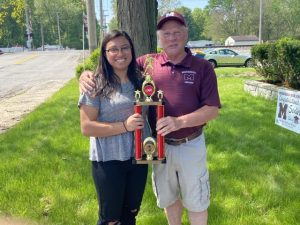 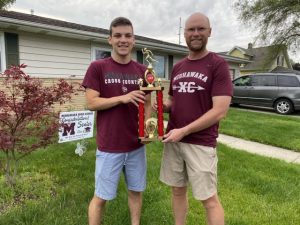 “It’s very exciting,” said Walker.  “I always wanted to be an NIC MVP.  This season has been an awesome season through the ups and downs.  It’s awesome.”   Gomez echoed those sentiments, “It’s definitely not an individual award.  Thanks to my team!   I probably wouldn’t have been able to get this without all the team wins.  Saving the goals, keeping them out, putting them in, the passing…. It’s all a team effort.”  Quintana said he remembers October 5th, “I remember that day specifically.  I was confident in myself and from when the gun went off, I knew I was going to win.” 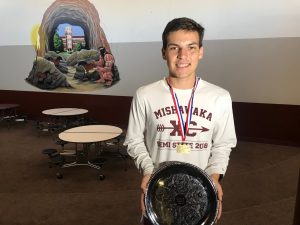 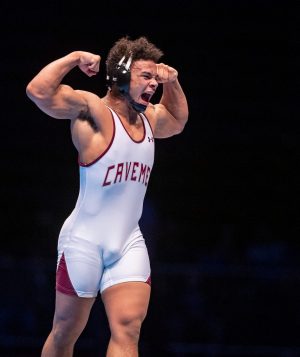 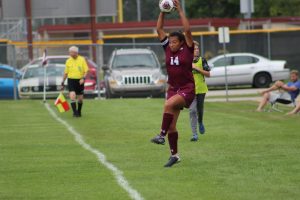 Joe and Casey won their MVP Trophies by having a special day when all the teams came together.  Rachel earned her trophy by proving to all the coaches that she had the best season in the NIC South.  Rachel said, “It is a great honor.  Knowing there were a lot of other great athletes to choose from.  There were some other players who were really good as well, so this is a huge honor.”  Casey echoed, “It’s a huge honor.  A lot of my competitors, we are friends now and we talk and sometimes go on runs together.”  Walker knows how big this accomplishment is.  “You know the NIC combines some really athletic kids and some talented kids that have been wrestling for a while, so I’m really grateful.” 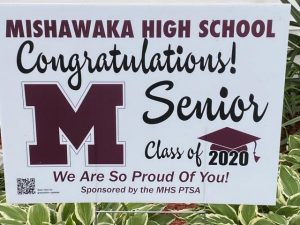 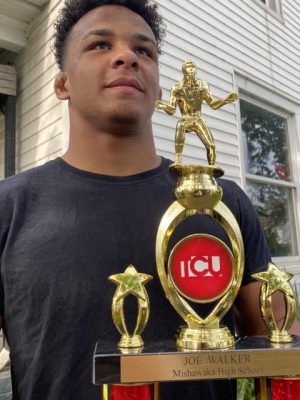 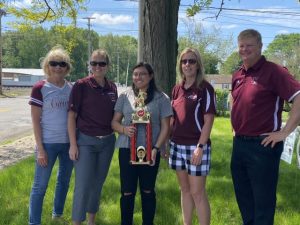 With the Cavemen moving to the Northern Lakes Conference in the Fall, these are the Final MVP’s in this league for our student athletes.  The conference served these kids well, and so did Mishawaka High School.  Quintana said, “I’ve had a really good time at Mishawaka.  I think it’s cool to see the support from the teachers and coaches.  Before a big meet you have other teachers and coaches telling you good luck and after a big performance you have them congratulating you.  That’s really cool to see how everyone is supporting each other.”  Gomez said, “I had so much fun at Mishawaka.  My freshman year I kinda struggled with the team but our team grew a lot from my freshman year and I think it’s really nice to see how the soccer team has changed here in the four years, so it’s really cool.”  Walker concluded by saying, “It’s been amazing.  The academics there are awesome.  I’ve been able to excel in academics as well as my sports.  I thank God every day for placing me here at Mishawaka and being successful.” 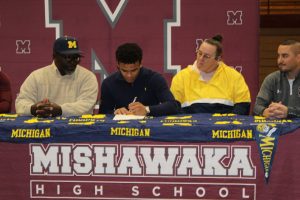 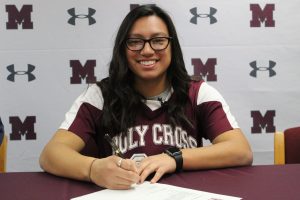 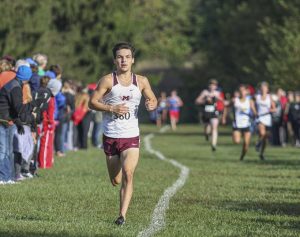 Joe Walker will continue his academic and athletic career at the University of Michigan, Rachel Gomez is going to nearby Holy Cross, while Quintana is considering Lewis University. 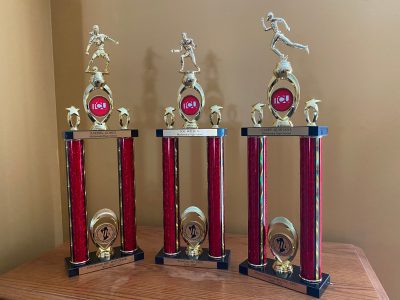