The Mishawaka Wrestling team had an incredible day at the IHSAA Regional held at Penn High School Saturday.   The Cavemen won their first Regional since 2010 in dominating fashion.  Mishawaka scored 186 points, Penn was 2nd with 127, South Bend Riley and Wawasee tied for 3rd with 117.5, while Plymouth finished 5th with 101. 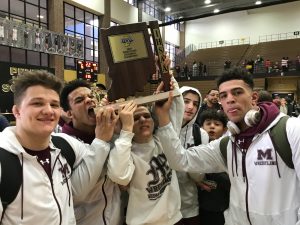 MHS went into the day with all 14 classes represented.  Eleven of those wrestlers won in the first round and qualified to go to Semi-state this Saturday.  Eight of the Cavemen were in the finals of the Regional, and 4 came away as champions.  Congratulations go to Junior Brodie Fogarty for winning at 120, Senior Joe Walker was the champ at 182, improving his record to 28-0 this season.  Senior Jacob LaPlace was the 195 lb champion.  He is now 39-0 this season.  And Senior JT Thomas came away with the 220 lb title.  He is now 30-3 on the year. 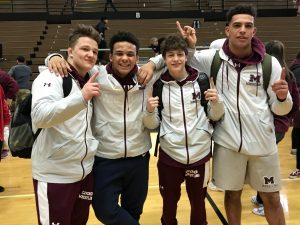 Other success stories at Regional included Freshman Xavier Chavez placing 2nd at 106, Freshman Christopher Peacock 3rd at 113,  Senior Brendon Mark was the runner-up at 126, Jordan Bonk finished in 4th at 132, Sophomore Keagen Mabie was 2nd at 145, Sophomore Cameron Powell 4th at 152, and Junior Cody Timmerman was runner-up at 170 lbs. 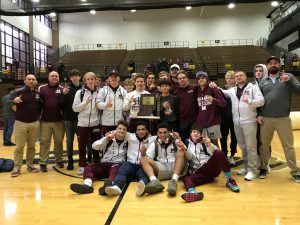 Good luck to the wrestlers as they try to bring home one more team title this weekend at East Chicago.  It’s been 10 years since the boys won semi-state, that was the last year the Cavemen won the state championship. 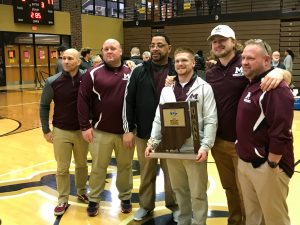