Mishawaka High School is mourning the loss of former Mishawaka Assistant Football Coach Ross Perri.   Known for his dry sense of humor, the former defensive backs coach once wrote about how he wanted his DB’s to defend, “If the receiver runs to the concession stand… You better be there waiting to put mustard on his hot dog.” Perri retired from coaching football after the 2018 season that took the Cavemen all the way to the Semi-state.  He was honored at the 2018 Indiana Football All Star Game for 40 years of coaching high school football.    Coach Perri was 69 years old and had been battling cancer this winter. 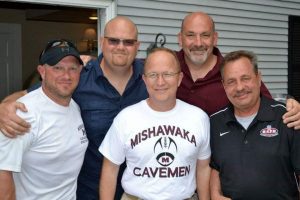 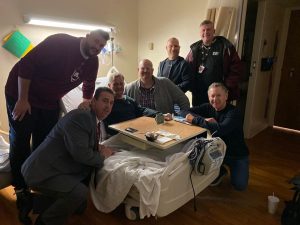 In his early years, Perri was a great sprinter.  He graduated from Mishawaka Marian in 1969 and earned 3 letters in football and track.  Lifelong friend Tom Irions had this to say about his passing, “He was a tough, hard nosed competitor.  He loved the kids, the other coaches and loved the game of football.  He was a loyal friend who always had my back.   I loved him.”   Irions met with the family and will start an annual award for a senior defensive player at both Marian and Mishawaka.  It will be a “Mental Toughness Award” and  a scholarship will be attached to the annual gift. 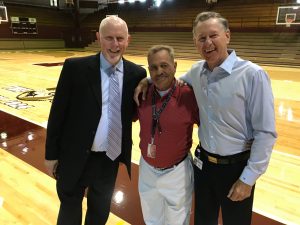 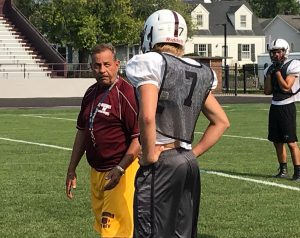 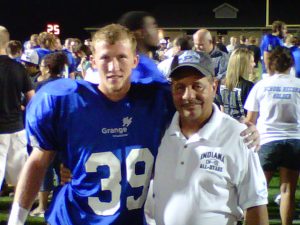 Coach Perri was a coach in the secondary for the Cavemen.   He told us on on Cavemen Corner that he started coaching junior high football in 1971.   He took some time off and came back to coach with Marian in 1994.  Then he came to work at Mishawaka and joined the staff with Bart Curtis.  Coach Perri was on Cavemen Corner in October of 2018 and told WSBT 96.1 FM some advice he got from one of the guys he coached with early in his career,  “Chris Geesman used to say “Everything is relevant.  That always stuck with me.”   Ross played for Bob Otolski at Marian.   He said he and his buddies probably learned more about competing when they were playing in the parks back then.  “As you go along, that’s where you learned your skills.  Out on the playground.  You just played sports.” 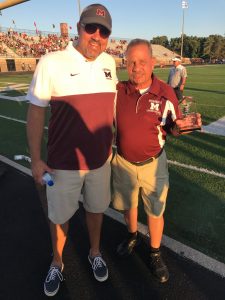 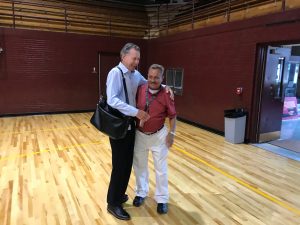 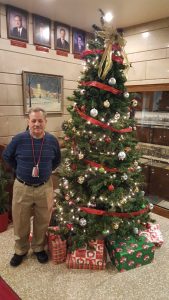 When asked about why he coached in four decades,  Coach Perri said, “It was a passion I had when I played.  Somebody helped you do something.  You want to return that.”   He said he loved his time with the Cavemen and a close knit group of coaches.  “At Mishawaka you don’t put things down when the season is over.   We’re always keeping ourselves in tune with the skills of our kids.”  He said he coached about 10 or 15 different schemes through the years.  He said football goes in cycles.  What comes around goes around.   About his last group.  “These kids are unbelievable.  We haven’t had one off field issue.  If you could have a group like this every year,  people would coach forever.” 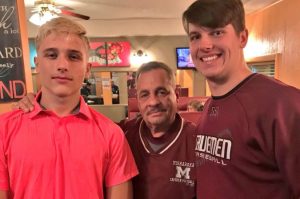 Mishawaka Director of Athletics Dean Huppert said of Perri, “Coach was one of those guys, that once you got to know him, you couldn’t help but like him.  He loved talking sports, especially high school football.  I used to see him at Marian practices before I got to know him here, and he would always come up with his little grin and ask about other teams and other players.  He couldn’t get enough of it.  I’ll also never forget his tearful goodbye at the football banquet after the 2018 season.  Everybody in the room could feel the love and passion he had for the game, the coaches and the players.  It was his life and he lived it well.” 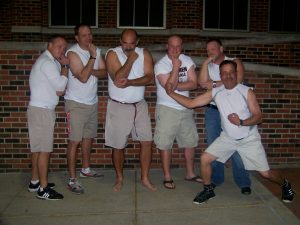 Mishawaka Director of Human Resources and Student Services Jerome Calderone said of his longtime friend, “Ross was a great friend with a kind heart.  He loved life and the opportunity to work each day.  If you had the opportunity to call Ross your friend, you were fortunate.  He impacted a lot of lives over the years as a coach at St. Monica’s, Penn, Marian, Riley and most recently Mishawaka.” 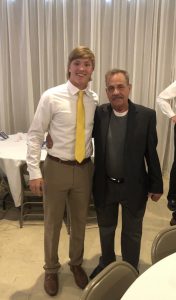 One of his former players, Senior All State football player Donovan Snyder said on Twitter, “Coach P was a great coach, great friend, and unbelievable person. He believed in me when many didn’t throughout my football career, and much of my success is due to him. I’ll never forget the talks we would have at lunch everyday about life and sports. You will be missed!”

Mishawaka Head Coach Keith Kinder echoed those thoughts, “He was a damn good coach and everyone that played for him, loved him.”  Former Mishawaka Coach Bart Curtis said on social media today, “Not ashamed to say I love Ross Perri, as do those who played for or coached with @sendalleleven.   Certain you will look down & cringe as footballs fly around the secondary.  You are one of a kind.” 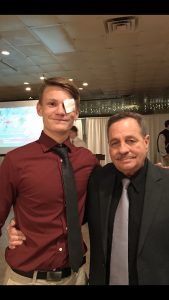 Mishawaka Junior Runningback Drew Mason said today, “Coach Perri could rip you apart and make you feel like the best player in the same conversation. He taught players more than just football. I’m going to miss the great talks at lunch about every topic you could think of. Thank you forever. Rest In Peace Coach Perri.” 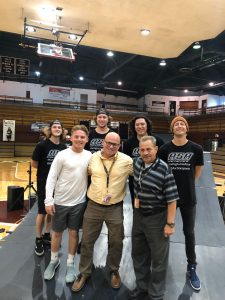 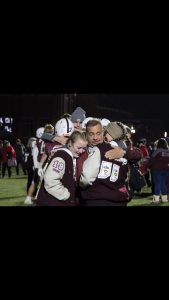 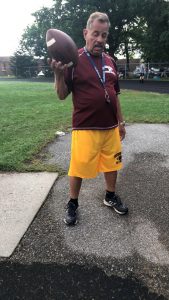