Surrounded by family, teammates, friends and coaches,  Mishawaka Senior Rachel Gomez signed her national letter of intent to play soccer with the Holy Cross Saints.  “I wouldn’t be here without you guys,” said Rachel Gomez to her teammates on signing day.   Tim Barwick was Gomez’ coach her first two years and he saw a dynamic player early on.  “We knew she was going to be special her first day of practice.  She had skills that we had not seen before then.   She had a work ethic we had not seen before.”  Steve Hodge is the current Mishawaka coach and saw Gomez flourish her junior and senior years.  “She’s very soccer smart when it comes to her play on the field.” 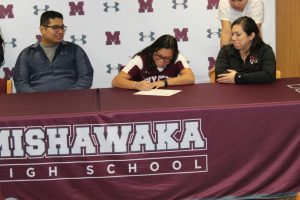 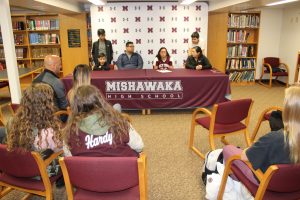 The greatest scorer in Mishawaka Girls Soccer history has decided to stay close to home and continue her academic and athletic career at Holy Cross in Notre Dame, Indiana.   Gomez broke her season scoring record this year with 32 goals.  She scored in all but 3 games and had an 11 game scoring streak.   She scored 5 goals against Riley and 4 goals in both the Elkhart Christian and Concord games.  Gomez was named the MVP of the NIC South and ended her career with an MHS record 82 goals. 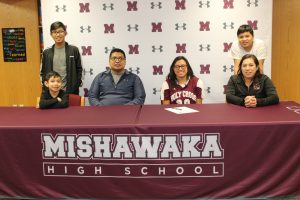 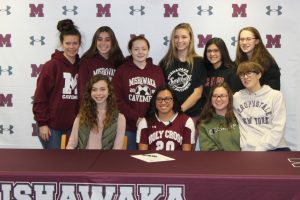 “This is a big day for me,” said Rachel.    “I didn’t even think I was going to be able to play college soccer until this year.   I was going to go somewhere else and not play soccer, so when I got the opportunity, I took it.”  Her future coach, Omar Gallo has watched Gomez the past 7 or 8 years.  “As a person, she’s everything you’re looking for in a student athlete.  She’s humble.  She’s a very positive and encouraging person.   She appreciates everything she has in life and that alone fits the mission of our college.”  Coach Barwick echoed that by talking about how competitive she is,  “She doesn’t want to win.  She hates to lose.  And that burning desire to not lose allows you to get better and better and better.” 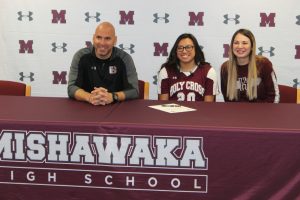 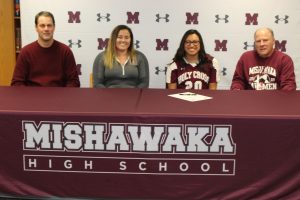 Rachel loves the sport of soccer and has been playing for 12 years.  Just as impressive is her work in the classroom.  She has taken advantage of the early college credits offered by Mishawaka and will graduate with 62 credits, enough for an associates degree.  “Mishawaka has provided so many opportunities for me.  Especially with the early college program and the credits I’ll be able to transfer.  They’ve helped me explore new opportunities.” 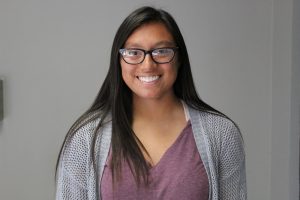 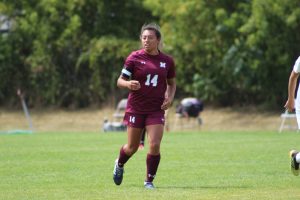