Jacob LaPlace signed with Indiana Tech this morning in front of family, friends, coaches and teammates.  It was a big day for the senior wrestler who will be the first in his family to go to college.  “It’s always been a goal to go to college in general, let alone go to college in a sport with a scholarship.  It’s a big weight lifted off my shoulders and it feels amazing.” 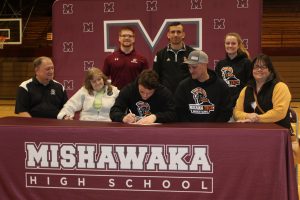 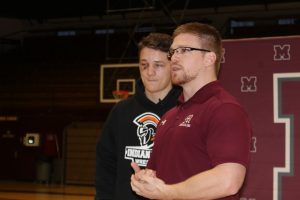 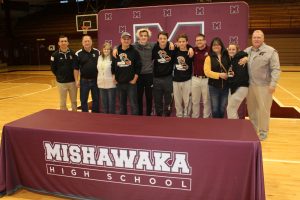 Coach Steve Sandefer said, “To place at state as a freshman, he’s really been the face of the program.  He’s really going to be a tough one to lose for his leadership and for his talent.  It’s great to see him grow as a young man and go onto Indiana Tech, one of the best programs in the nation. ”   Indiana Tech Head Coach Thomas Pompei said, “We try to recruit the best wrestlers we can, the best people we can.  And to have a guy like Jacob LaPlace, who’s been in the state tournament 3 times, and has walked away with a medal, and to know he’s interested in your program is a big deal to us.” 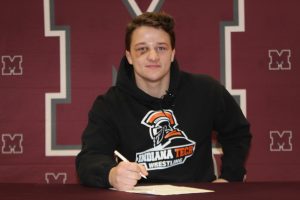 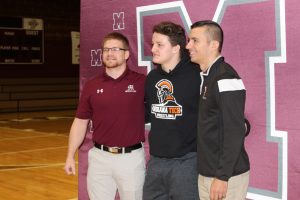 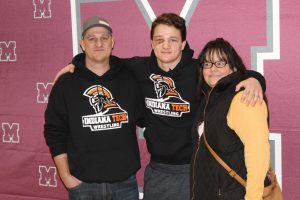 LaPlace went unbeaten at Plymouth and the Traicoff.  He’s a two -time Al Smith Champ, the Henry Wilk Invite and he went 4-0 at the IHSWCA Team State last weekend.  He started following Mishawaka wrestling when he was about 4 years old and he said it’s gone fast.  “Everyone said it was going to fly by and when I was 10, I was like this is taking forever.  Now I’m here and it did fly by and it feels good.” 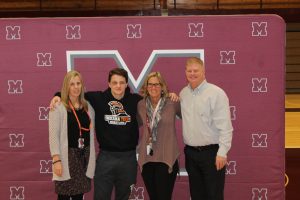 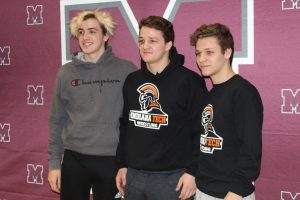