The Mishawaka Coaches Show with Keith Kinder is brought to you by: Indiana Army National Guard. 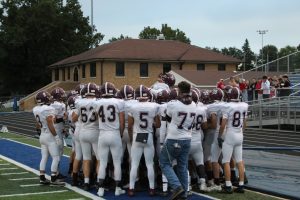 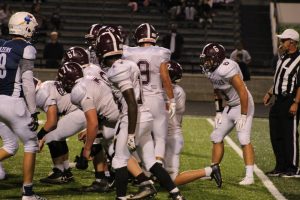 Coach Kinder talked this week about putting his team in the position to win another Sectional Championship.   7-3 Mishawaka travels to Rice Field Friday night at 7 pm with a rematch against 9-2 Elkhart Central.  One of the Blazers losses came against the Cavemen on September 28th.  The Maroons held onto win 22-17 on a Saturday night in Elkhart.  The game was postponed one night because of storms on the regularly scheduled Friday night. 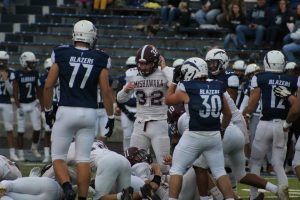 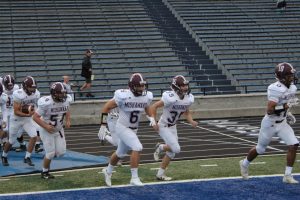 Mishawaka has won 12 Sectionals since 1974 and seven since 2009.  The last time Mishawaka played Central in a Sectional was in 2015, a 51-7 victory in the first round.    Everyone expects Friday night’s game to be close with every possession having a chance to affect the outcome of the game.  Kickoff is at 7 pm in Elkhart.  If you can’t be at the game in person, listen to 96.1 FM Radio or watch on the Mishawaka Network on