The Mishawaka offense was ready to roll from the beginning.  After slow starts in the first two games, the Cavemen took the ball on the opening kickoff and drove for a touchdown.  Ironically, it was “First Responders Night” and the Cavemen were the first to respond.  With 8:04 to go in the first, Drew Mason plowed his way through to make it 6-0.  After a Gary West punt, MHS Sophomore QB Justin Fisher ran in for a touchdown to up the score to 13-0.   And with 2:05 to go in the first quarter, Donovan Snyder found the zone behind great blocking.  The Maroons were not done in the first.   Ethan Fowler scored for Mishawaka on another solid running play.  It was 27-0 Cavemen at the end of 1 quarter. 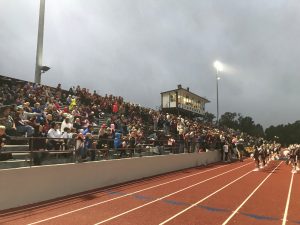 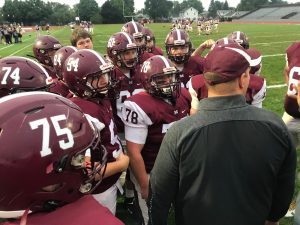 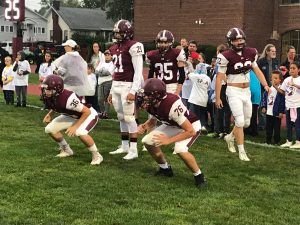 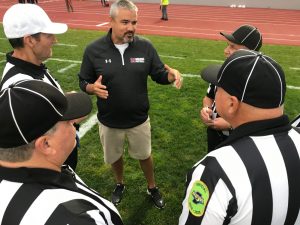 With 8:00 to go in the 2nd quarter, Fisher scored his 2nd TD.   Mishawaka continued to roll up 33-0.  And with 4:45 to go before half, Brandon Pierson became the 5th Mishawaka player to score a touchdown.  The Cavemen led 40-0 at halftime and that was the final score.  MHS used reserves in the 2nd half and took advantage of an IHSAA mandated running clock to put the game away.   Credit the defense for their first shutout of the year.   Coach Kinder was happy with the bounce back win as Mishawaka improves to 2-1. 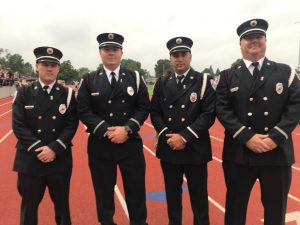 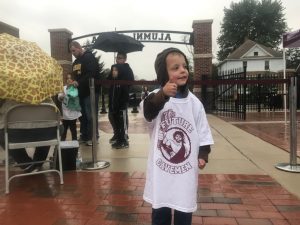 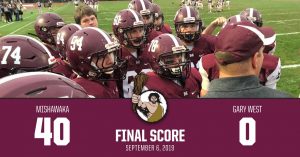 Next Friday, Mishawaka will host South Bend Adams on Military Appreciation Night.  the gates will open at 5:30 with kickoff slated for 7 pm.