The Al Smith Invitational is Friday and Saturday at Mishawaka High School.   Before the championships, it’s important to recognize the coach who started it all.  Al Smith came to Mishawaka in 1964. He became the head coach of the Cavemen two years later.  For 32 seasons, he led the program to 15 Northern Indiana Conference crowns, 14 Regional Titles, 2 Semi-States and the 1991 Indiana State Championship.  He still attends Mishawaka’s meets and is available to help out when needed.  In fact he’ll broadcast the championships Saturday afternoon on the Mishawaka Network. 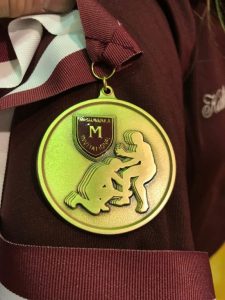 His record from 1966-1998….. 416-81-5.  He had 72 wrestlers go to state. Numerous high school and college All-Americans.  Just as impressive, his coaching tree has more than 100 coaches teaching this amazing sport.  His influence has produced referees who have officiated all over the country, while his home state honored him in 1981 by putting him in the Indiana High School Wrestling Hall of Fame. 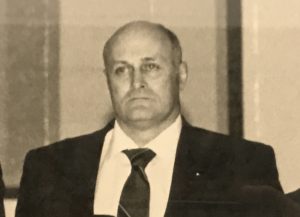 This tournament began over 40 years ago in 1977.  It was 11 teams back then and increased to the powerful 32 teams you saw this weekend.  The Al Smith Invitational has been called the mid season state championship and is known throughout the United States.  If you win the Al Smith. You not only survived the grind, but you’ve earned respect from coaches and wrestlers all over the Midwest. 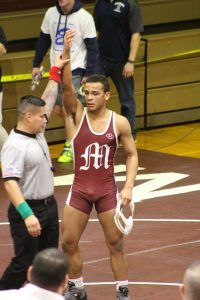 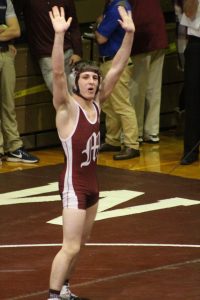 Al Smith is the Coach who dreamed of giving kids the opportunity to compete against the best.  He’s the Godfather of Mishawaka Wrestling! A Hall of Famer.  He’s Mishawaka’s Legend…..  Mr. Al Smith!! 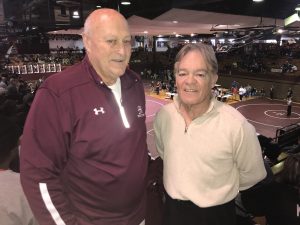