16 year old Tyler Allman goes by Hums Elementary where he attended school.  The Mishawaka teen had Batten Disease which happens to only about 2 out of every 100,000 children in the U.S. each year. 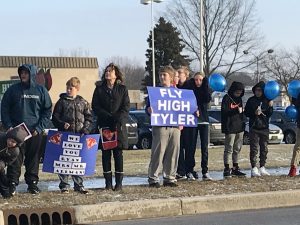 One of the finest high school athletes we never got to see was laid to rest this week.  There wasn’t a question of if he would’ve played sports, just which ones and how good would he be.  He was the kid playing T-ball, riding his dirt bike and imagining playing in the big leagues in his back yard. 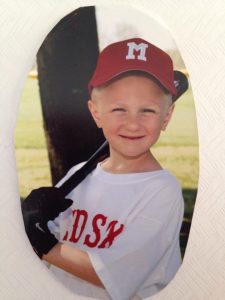 Tyler Allman was 16 years old.  A sophomore by age.  Although he never held up a trophy or put on a uniform for Mishawaka elementary, middle or high school, this boy displayed all the special traits a coach looks for in his players. 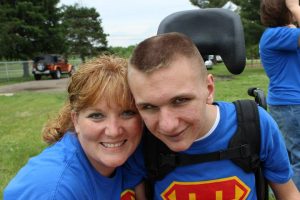 He loved the game.  He was a fighter.  Tyler never gave up.  He appreciated his opportunities to play and he made everyone around him better.  He had a signature haircut and looked like he could be in the movie Hoosiers, but with a name like Ty.  He was in a league of his own. 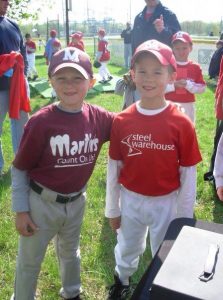 Batten Disease took his sight and his ability to run.  But he could hear the cheers and feel the victory.  Especially when his Irish scored a touchdown or the Cubs won the World Series. 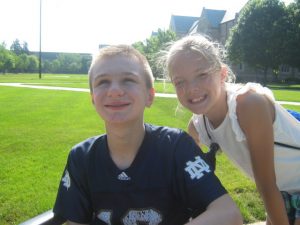 Athletics teaches us humility.  To rise in the face of adversity.  To smile at the pain and rejoice even in small victories.  We don’t want losing to be an option, but when the cheering stops, we hope the community will still love us because we gave it all we had. 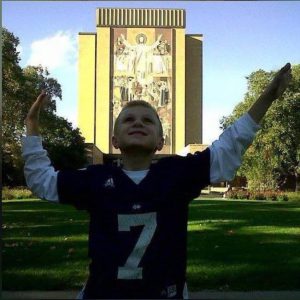 He was just a little boy who never got to play.  But he didn’t need for us to discover his greatness.  We’ll always have Team Tyler.  It’s natural to wonder but we’ll never question how good he was.  He played the game of life with everything he had. 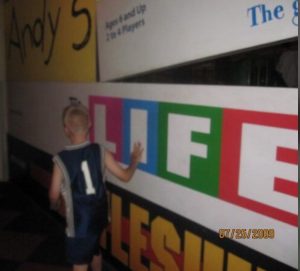